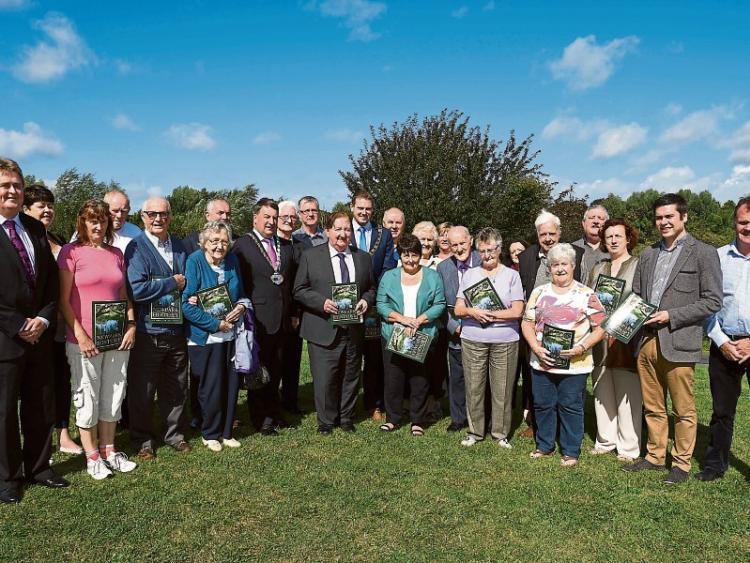 Mayor of Kilkenny Patrick O’ Neill was on hand to launch 'Newpark History – Its People and Life 1956-2016’, on Friday at Newpark Family Resource Centre.

Speaking at the launch, the mayor stressed the importance of this work for both the local and wider community. He said the people of Newpark could reflect with pride on the great work being done in their community by the many local volunteers, as well as the reunion organising committee.

It's all in the buildup tothe special Newpark reunion dinner which is being held at O’ Loughlin Gaels GAA Club this Friday evening, September 9,

The organising committee of the Newpark 60th anniversary reunion decided to publish a commemorative booklet to mark the occasion. Committee chairman Donie Butler under took the book project on behalf of the committee.

Donie said it was both an honour and a pleasure to have put this aspect of the project together, and he thanked his wonderful committee for their tremendous support and cooperation at all times. He also thanked the people of Newpark for their warmth and support at all times.

It was decided to assemble a register of all the original families of the 1953-56 housing scheme including their descendants up to modern times. This was a painstaking operation and each committee member was assigned 10 houses each to unearth the names of all the people who lived in each individual house at both Newpark and the Golf Links Road as well as the Johnswell Road scheme.

The author decided to include a history of the townlands of Newpark Lower and Newpark Upper in the civil parish of St Maul's which possibly dates back as far as the county system in Ireland under King John of England in 1210. The book charts the history of the area right up to the present including its presence in both St Canice's and St John’s parishes.

The jewel in the Crown in terms of a landmark has got to be Newpark Fen. This marsh is of very significant importance in terms of an area of scientific importance. It comprises extraordinary plant and wildlife. It has no fewer than 49 different species of birds and 70 species of plants, trees and shrubs.

The book contains many photographs and historic maps as well as surveys such as Griffiths 1849-50 and the 1901 & 1911 Census information on the people of Newpark. It also records property owners, landmarks and places of employment.

Education and religion are covered as well as daily life throughout the years. Most of these recollections would resonate with many people.

Jovial matters and good times as well as leisure pursuits are listed and there is a very interesting piece on the All Electric House. This was a very innovative move by the local authority of the time bearing in mind that the rural electrification of Ireland only took off in the mid-fifties.

The achievements of the sports stars of Newpark are recorded in some detail.

All of the people attending the reunion this Friday evening will receive a complementary copy of the commemorative booklet. Copies will be available from committee members after the reunion dinner for €10.

Proceeds from the book and reunion event will go towards the formation of a Newpark Residents Association.

There are a limited number of tickets available for Friday's event, which looks set to be a great night. Contact committee chair Donie Butler (087-315 6359), vice chair Teresa Butler (086-072 0215, or any committee member.