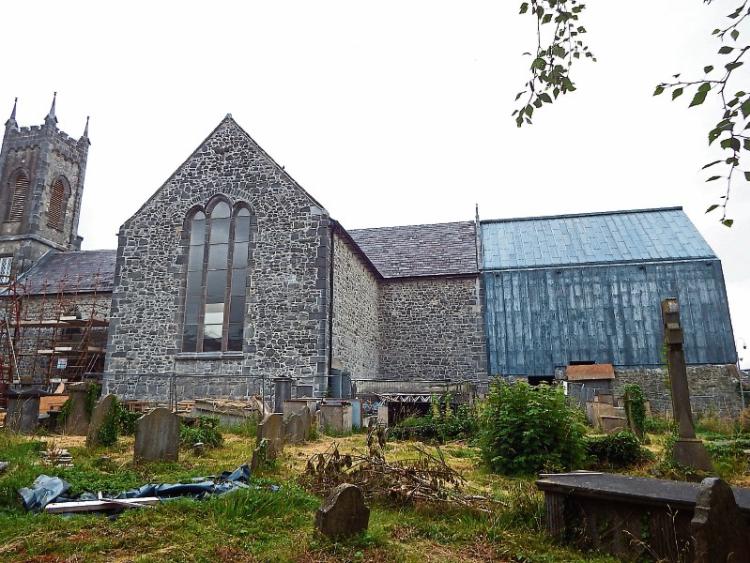 Few events have captured the imagination and public interest to the extent of that gererated by the ongoing excavations at Saint Mary’s Church and grounds, just off High Street in the heart of Kilkenny City.

Cóilín and his team have been involved in this extensive, exciting and some might even say surprising series of discoveries since they began the exacting task of stripping back the centuries of accumulated history over the last number of months if not years. Certainly Saint Mary’s Church has a great deal of secrets to unfold both within the church building itself and the ancient burial grounds with which it is surrounded. And new items are being uncovered almost on a weekly basis.

Saint Mary’s church began as an oratory, according to Bishop Rothe, in order that the good people of the southern part of the city might attend to their religious duties without the need to make the longer journey to Saint Canice’s Cathedral, then on the northern fringes of the town. We do know that Saint Mary’s was a parish church as early as the beginning of the 13th century. The earliest charter containing a specific mention to the church is that of Bishop Hugh De Rouse (1202-1218).

It is not just the great age of the church that gives it such interest, rather it is the varied history of the building – serving as a parish church for both Catholic and Protestant at differing times during the turbulent 17th century. In addition the extensive monuments it contains to Kilkenny‘s leading families of the day are also of interest both for their historic significances but equally due to the splendour of their execution - clearly signifying the high status - indeed wealth - of such families.

Due to later changes of use in St Mary’s many of these splendid monuments have only now being uncovered after being buried in protecting sand for some centuries. The most “recent” artefact uncovered is an early 20th century rifle which appears to have been hidden, perhaps during the War of Independence or even later during the grim years of Ireland’s civil war. In truth almost a millennium of secrets awaits our attention during Mr O Driscoll’s lecture on Wednesday 21st next. What is sure to be a fascinating evening begins at 8.00pm in Spring Hill hotel. The evening will conclude with questions followed by a welcome cup of tea/coffee. Admission is €5.00 and as always non members of Kilkenny Archaeological Society are most welcome.

Please note the venue, Springhill Court Hotel which is a departure from our usual lecture location occasioned because of the wide-spread interest this still breaking story has engendered among our members and the public in general.