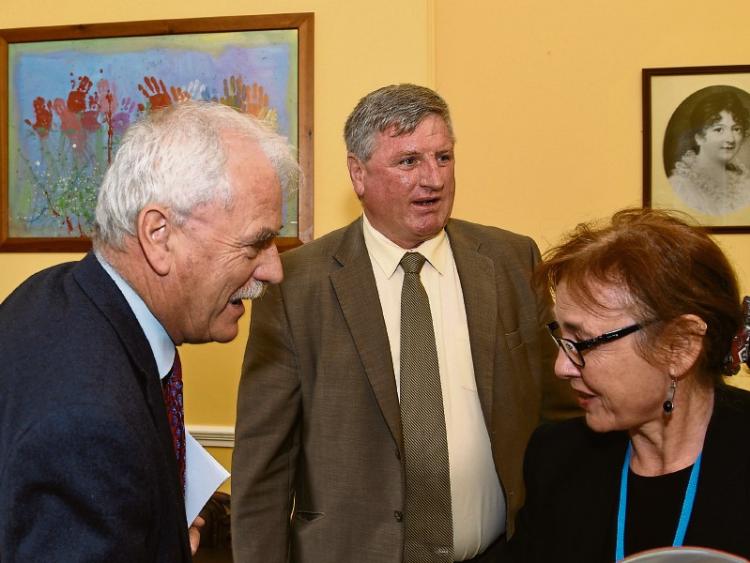 Minister of State with Special Responsibility for Disability Issues Finian McGrath was in Kilkenny yesterday (Tuesday) where he gave a commitment on the future of the St Patrick's Centre.

The centre, on the Kells Road, provides residential care and development opportunities for children and adults with an intellectual disability. It was taken over by the HSE last summer and HIQA made a number of criticisms about it in a report earlier this year.

Local TD Bobby Aylward has been campaigning on the issue and the lack of respite services in this constituency. On f0ot of concerns about the future of the facilty, he asked the minister to visit and speak to local people.

Minister McGrath told the Kilkenny People that plans were being put in place to suit the needs of service users.

“I'm meeting parents and service providers, and the whole idea is to see what's it really like on the ground,” he said.

“And then it's up to me to go back and bang the table and get some investment for these services. Because the reality is that these services have been neglected for over 10 years.”

Minister McGrath said he had been concerned by some of the issues raised in the HIQA report.

“We can address the issues but we have to have standards — and I'm focused on the rights of the person with the disability. So what I'm saying to HIQA is, 'you go in there and set the standard, and we'll get the money to invest and bring them up to standard'.”

The minister said there were also plans to bring some services out into the community, out of institutions and into smaller settings with supports. When asked if people in Kilkenny should have any concerns about the future of St Patrick's, he said 'no — absolutely none', but that there would be 'radical and progressive changes'.

Local TD Bobby Aylward said he was delighted that Minister McGrath had agreed to come down and see first-hand the situation at St Patrick's. He expressed his confidence in the plans in place for the years ahead.

“I am happy with what I've heard today,” he said, following meetings with staff and service users.

Mr Aylward said that he had had some concerns following the issues in the HIQA report and rumours going around, but that Minister McGrath had comitted to funding, and already some houses had been purchased

“It seems like they have a plan, and this plan has to be implemented,” he said.

“The minister has committeed to making funding available. So I am very happy today in what I heard — that this plan can be carried out in the next five years.”