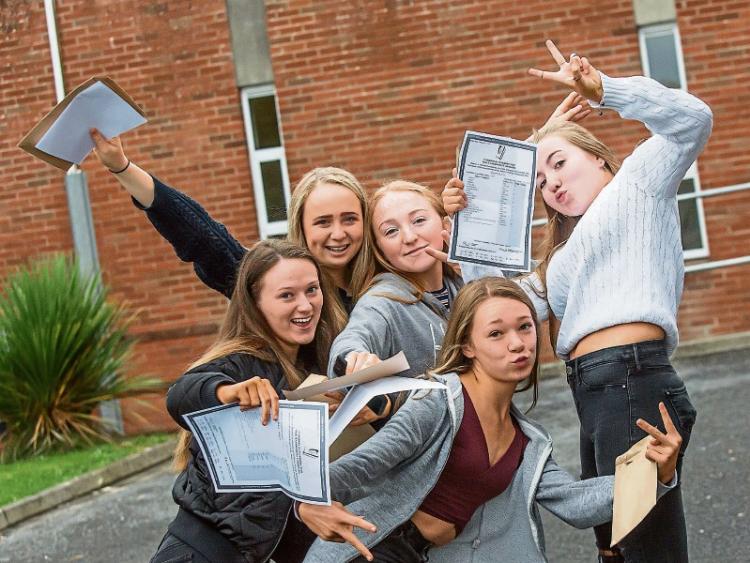 There were smiles and shouts of laughter this morning at schools around the county as local students received their Junior Certificate results.

In Thomastown's Grennan College, results were handed out just before 9.30am.

Meanwhile, in the city, local student Eoin de Butléir, from St Kieran's College, was one of the first out of the gates after 9am when envelopes were handed out. He said he was more than pleased with his results.

Eoin was one of over 1,140 students around the county to get his Junior Cert results today.

At Colaiste Eamon Rís in Callan, the results were handed out at 10am. Deputy principal Éamon Jackson said everyone at the school was delighted with how things had gone.

“We are delighted — they probably surpassed a lot of the results from before,” he said.

“Particularly in subjects like Maths and English, there were a lot of excellent results. From all pupils.”

The students out in Callan have been given the rest of the day off to celebrate their achievements. Many of them will attend the supervised, alcohol-free No Name Club disco this evening in the Hub, and Mr Jackman says he expects all of them to be back in class in the morning nonetheless.

The disco takes place at the Hub, and will be a strictly alcohol-free and drug-free event, and it's expected to draw a huge crowd.

Earlier this week, Drinkaware and Alcohol Action Ireland issued a statement advising parents that alcohol should have no role to play in the celebrations.

The official marking schemes for all subjects will be published on the SEC website, www.examinations.ie, in the coming days.

The very best of luck to all students receiving results today.