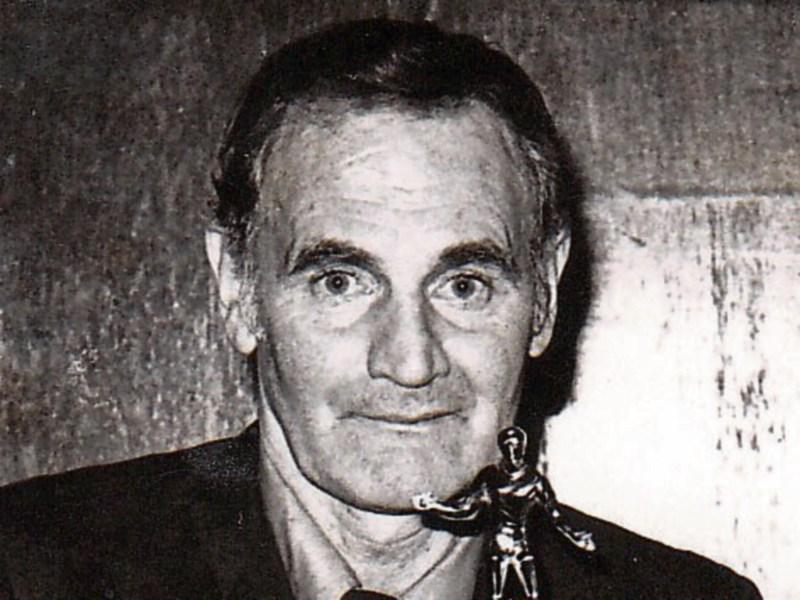 He was born on June 28, 1933 in Moonvoor, Clonassy, Mullinavat, Co Kilkenny, the eldest son and third child in a family of seven of James and Katie O’Keeffe.

He started school at Garrygaug, Mullinavat where he attended for six or seven years. He decided one day to switch to Mullinavat Village School where he enrolled himself, which was often humorously spoken about by his brothers and sisters.

Apart from his parents, he was greatly influenced by his favourite teacher Master Crotty and his aunt Peg O’Keeffe, his father’s sister, who loved him dearly.

As a teenager he emigrated to England for work. He quickly found that England wasn’t for him.

He left for Canada, which he greatly enjoyed, before heading to New York City where he was to remain for 25 years. He had many different jobs, including in the US Army, but his most permanent position was in the New York Port Authority where he worked for over 20 years. He was so proud to receive a pension from them up until his passing in August.

He met his wife Phyllis (nee Sheehan), who was from Fethard, in New York. She had herself emigrated and was daughter of Ned and Nancy Sheehan, St Patrick’s Place.

Pat was very proud that he, Phyllis and Pearse were US citizens and was proud of their American passports. Pat loved his time in New York, where, apart from his family life, he was involved in many sports including hurling, which he played regularly in Gaelic Park.

Pat won an All-Ireland with the New York Kilkenny Team (midfield) in 1957. He was also a champion athlete, winning many track and field cross-country titles under the guidance of Pete McArdle, who was the Track and Field coach at the prestigious New York Athletic (NYAC) where Pat was a respected member for years. He absolutely adored the place.

He was also a champion boxer and reached the semi-final of the prestigious Golden Gloves.

It was at handball that Pat really excelled. He won numerous tournaments around New York, including One Wall, Three Wall and Four Wall courts.

He played with many legends at the New York Athletic Club, and others around New York, including The Baily Avenue Club where Pat met some of his best friends.

In 1963 Pat received the Baily Avenue Sportsperson of the Year Award.

In 1975, Pat, Phyllis and Pearse reluctantly returned to Ireland and bought a house on Main Street, Fethard, beside the Garda Barracks. They lived there for years, with Pat continuing to play handball with the Fethard club.

Pat was proud of the numerous All-Ireland medals that were being won at under-age level by local players Willie O’Donnell and John Woodlock.

The following year came Pat’s greatest handball achievement when the Irish Handball Council decided to send two senior players to represent Ireland in the American Championships with the All Star hurling and football teams to California.

Pat Kirby, who was senior singles All-Ireland champion, was picked automatically. Who joined him would be decided by the first Irish trials for senior players to represent Ireland.

Peader McGee (Mayo), Pakie Ryan (Dublin), John Kirby and Dan Kirby (Clare) and Mick Ahearne (Kerry) were in the running but Pat won the right, receiving a special Cuchulainn Statue trophy. Pat always said it was the trip of a lifetime.

Pat and Phyllis’s daughter Maggie was born in January 1976 in Fethard, and in 1980, Pat, Phyllis, Pearse and Maggie left Fethard to be near Pat’s home village of Mullinavat, where daughter Susie was born in 1980.

While representing Mullinavat, Pat went on to win a further 28 All-Ireland titles in singles and doubles. His doubles partner was mostly Eddie Leahy (O’Loughlin’s), a long-time friend with whom he broke many records.

He was also thrilled to win an All-Ireland doubles title with his clubmate and close friend, Johnny O’Meara. In 1984 Pat received the Smithwick’s Sportstar of the Year Award for handball after winning four All-Irelands in the same year.

His son Pearse also received this award in 1987. To this day, they are the only father and son to win this award for handball.

He trained his son Pearse to win 19 All-Ireland medals. Pat attended every one of those matches, including when Pearse won the US junior singles title in Baltimore, Maryland in 1992.

Pat continued to play handball up until the time he was diagnosed with Parkinson’s Disease some years ago. Because of Pat’s illness, he moved into a small bungalow in Fr Maher Place for the elderly in Mullinavat, which was organised by Tommy Duggan and his committee, something which Pat’s family will be forever grateful.

Sadly for Pat, as much as he loved living in Fr Maher Place, he had to move to the Cottage Nursing Home, Clonmel when his illness worsened, which meant he could no longer live independently. This broke his heart.

Pat O’Keeffe lived life to the full. He enjoyed everything to do with sports and family and there was never a dull moment. His wife Phyllis, son Pearse, daughters Maggie and Susie, grandchildren Aaron, Amy, Lauren, Ben, Caoimhe, Ryan, Allanah, Max, Sophie and Alex, his brothers Ned, Sonny and Jim, his sisters Mary and Kitty and friends greatly miss him but wish to thank everybody who sympathised with them and sent cards and thanks to the wonderful ladies who looked after catering in the village hall. Thanks to Fr Barron, the Choir, undertaker Martin Power and his wife, the gravediggers, the readers and everyone for being so kind.

May Pat rest in peace.