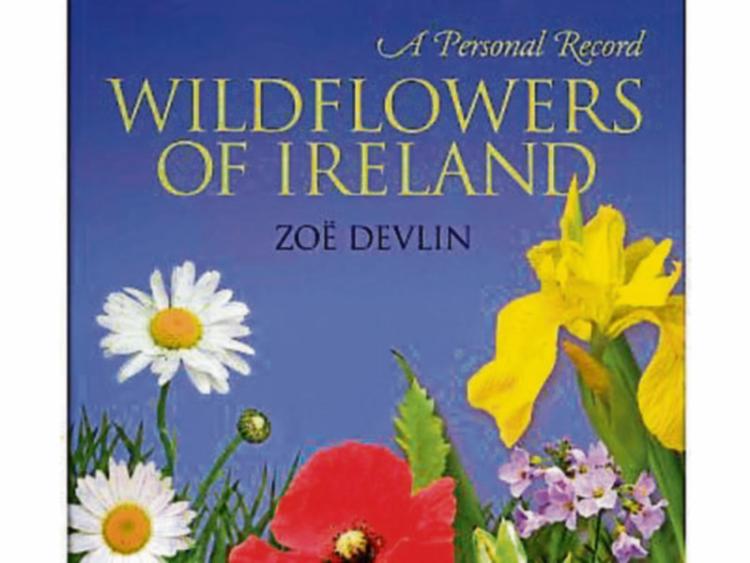 One couple from Clare have nothing but good things to say about Kilkenny, having stayed here to celebrate their Golden Wedding anniversary.

Richard Nolan and his wife Anna were in town for their fiftieth anniversary on the last weekend of the Kilkenny Arts Festival. It was the happy couple's first time to experience the festival.

Richard had nothing but great things to say about the city, the food, the festival, Hotel Kilkenny, and the taxi service of Paddy Fennelly.

However, it was only there was just one sour note when the pair returned home from the Marble City.

As a keepsake of their visit, Anna had purchased a book for Richard in the Kilkenny Book Centre, The Wildflowers of Ireland.

“Unfortunately, somewhere between lunch in The Design Centre and leaving the hotel, I managed to lose it, which I only discovered when we got home,” Richard told the Kilkenny People.

Emails to the Design Centre and the Hotel Kilkenny proved fruitless. It looked bleak for the book.

But then, from nowhere, came a spark of hope: Paddy Fennelly phoned Richard and asked him for any information he could think of about the taxi the couple had taken from the Parade back to their hotel.

Having established that the driver was a woman, Paddy set about contacting all the female taxi drivers in Kilkenny, to see if any of them had found the book in their vehicle. A number of days later, Richard received another phone call from Paddy, who informed him he had managed to speak to every single female taxi driver in Kilkenny, bar one. And, no luck with the book. It seemed all was lost.

Ever the generous type, Paddy offered to put his hand into his own pocket and buy another copy of the book. When it arrived a few days later, Richard rang him to say thanks, but was told no need — it was the original book! The last taxi driver had made contact, and she had indeed found the book.

“So, 10/10 for all involved in the quest for the book, and 15/10 for Paddy for his efforts and particularly for his generous offer,” says Richard.

“So far as I am concerned, he is Kilkenny Man Of the Year!”