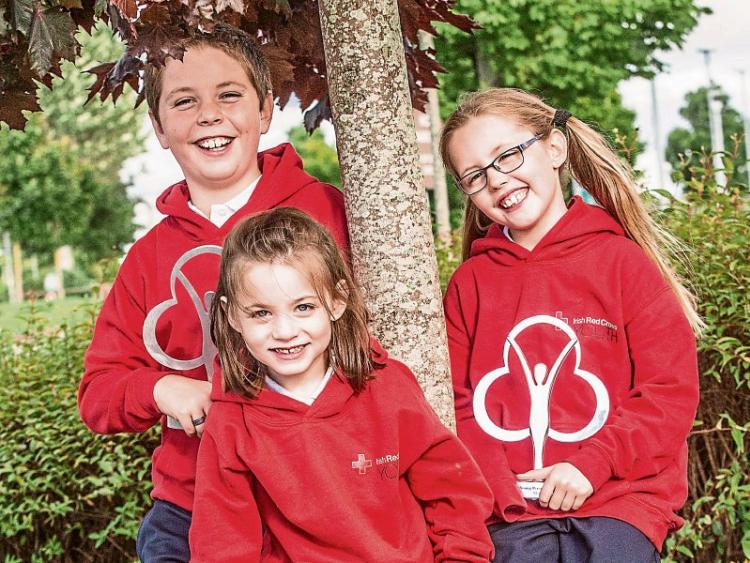 Two Kilkenny youngsters were publicly commended for their outstanding bravery at the Pride of Ireland Awards recently.

Harry (11) and Molly (9) were both presented with a Young Person of Courage Award at the ceremony at the Hilton Hotel in Dublin.

The siblings from Ferrybank in South Kilkenny have shown remarkable bravery in their young lives and have saved the life of their younger sister Isabel (5) on several occasions.

Isabel has a condition called apnoea which means that she stops breathing for no reason.

“She stopped breathing on the bouncy castle and went unconscious and I tapped her on her feet to try and wake her up. I was blowing on her and giving her breaths until she came back,” she said.

“I remember the first time, she was only a baby and I was six. I was holding her and feeding here and she stopped breathing and died and I gave her breaths and brought her back,” he said.

“We both know the signs - if she starts crying we shout 'Isabel breathe, breathe and blow towards her mouth,” he added.

Proud mother, Maria said that until the age of four Isabel could stop breathing several times a day.

“It is frightening but it is normal to us. It can happen anywhere, when she is on the shopping trolley or on the beach or even in Mass,” she added.

Both Harry and Molly attend Slieverue National School and are also involved in the local Red Cross.

“I really enjoy being a member of the Red Cross. We play games and it is lots of fun.

“It is also very important to know about First Aid and what to do is someone becomes unconscious.

“If they are breathing you put them into the recovery position and if not you start doing CPR. Myself and Holly have also learned baby CPR and we are helping to promote that at the moment.”