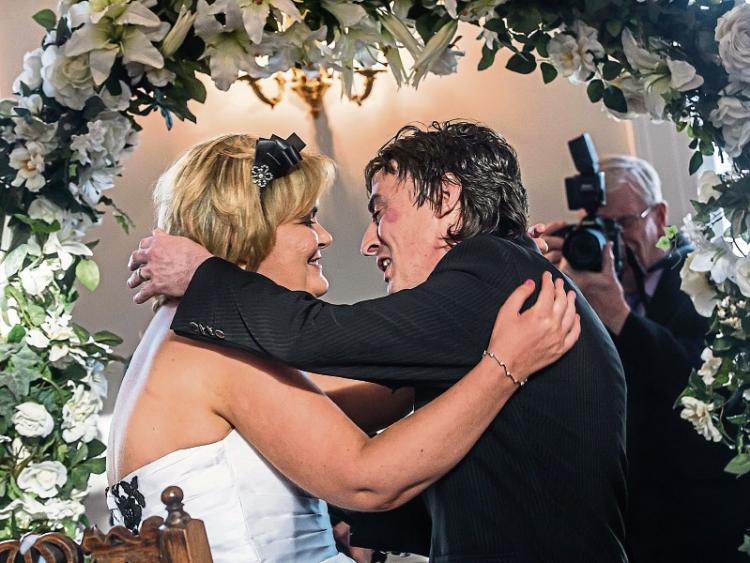 Shirley Kelly and Art Young became the first civil wedding to be held in the newly refurbished Creamery House just off the Square in Castlecomer.

A joyous occasion for both families was held last Friday evening, as up to 100 guests travelled from around the country, England and Spain to be with Art and Shirley on their special day.

Shirley is battling cancer, having lost both her parents - George and Ina, to cancer within the last two years.

She cared for both her parents before being struck down herself.

Art and Shirley have been together for ten years, and recently decided to tie the knot. And since that decision, as Shirley said, they have had nothing but best wishes and support. John Comerford, owner of the Creamery House, opened his doors for the occasion and even the wedding, which stopped the traffic in 'Comer on Friday evening, was accomadated with a late start by the registrar.

The party went on in the clubhouse of the local golf club. Further pictures on page 16 of this weeks Kilkenny People.