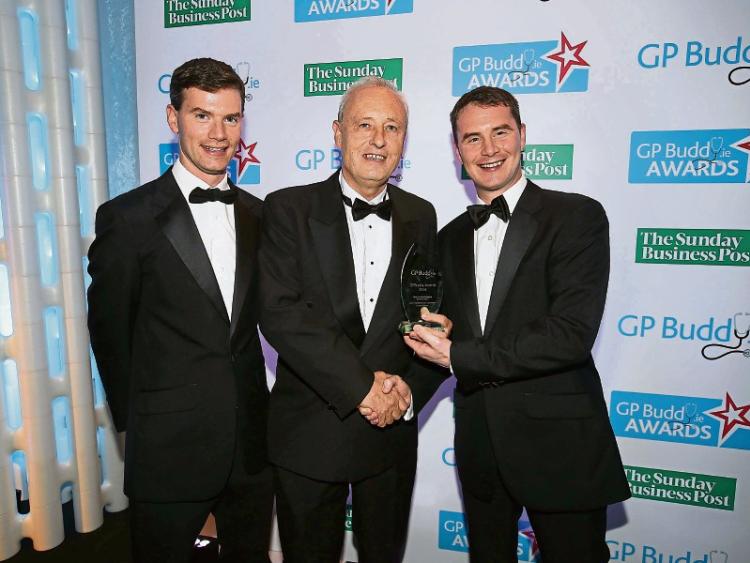 Dr Ronan Fawsitt, Kilkenny, was crowned GP of the Year at the first national GP Awards.

The Award winners were announced by celebrity doctor Dr Pixie McKenna at a glittering ceremony in Dublin’s Shelbourne Hotel hosted by GPBuddy.ie, the most widely used online resource for GPs in Ireland.

Dr Fawsitt is a GP in Castle Gardens Surgery, Kilkenny. Over a number of years Dr Fawsitt has developed a strong working relationship with St Lukes Hospital in Kilkenny and Dr Garry Courtney, forming a strong collaboration that is now functioning as the Local Integrated Care Committee. In his nomination, Dr Fawsitt was described as having “re-energised the local Carlow/Kilkenny GP Hospital liaison process and successfully through huge enthusiasm and commitment driven the concept of local integrated care committees within the ICGP and Ireland East Hospital Group, both nationally and politically. The liaison process in Kilkenny engages all parties in the doctor patient process including GPs, Consultants, Public Health doctors, hospital and community management and pharmacists in order to drive highly efficient patient focused care.” A mark of the success of this collaboration is the formation of new Local Integrated Care Committees in other areas of the country.

The Awards ceremony was officially opened by Minister for Health, Simon Harris, T.D. Commenting on the opening the Minister said: “I am very pleased to be attending the inaugural GP Buddy Awards to recognise the achievements and collaborative efforts of GPs and healthcare professionals in community healthcare in Ireland.

“In tonight’s nominations, I can see the innovation, dynamism and commitment of general practitioners. I am convinced that GPs are capable of taking on a leadership role in the development of an integrated, team-based primary care system.

I hope the examples of great practice being recognised tonight will encourage further collaboration between primary care professionals,” he added.