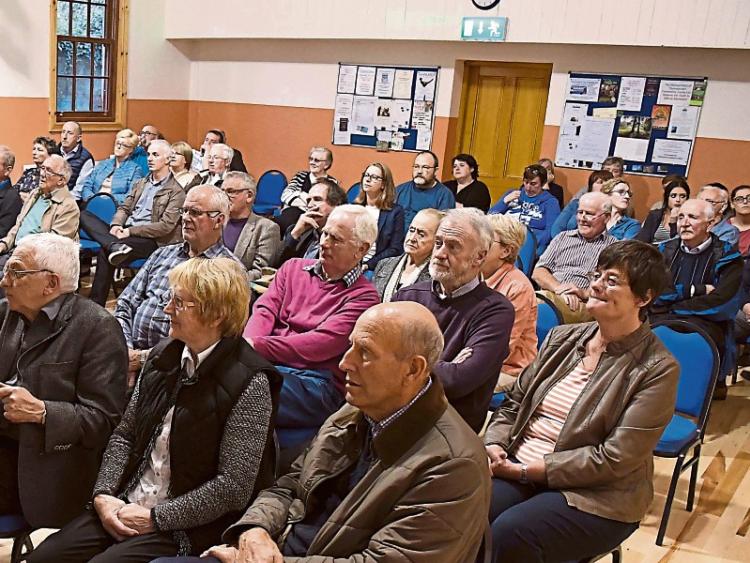 There was a fantastic turnout on the night, and more than 200 people have now signed up for the scheme. Margaret Quinn of Community Development Group Muintir na Tire explained how the text alert system works, then Garda Sgts Peter McConnon and Ted Hughes gave talks on crime prevention and tips on how to keep your home safe.

She also thanked the community hall staff who organised the room and refreshments, and local Gardai Noelle Curran and Catherine O’ Gorman, and other Gardai.

Breda expressed appreciation to those members of the local community who worked on the recruitment drive and administration, including Jerry Gardner, Liam Kelly, Therese Perrot and Ann Sheehy.

Surrounding parishes have been a great success by bringing the local community together and helping to create a sense of security and safety.

Anyone wishing to join the new scheme, sponsor signage or help with recruitment can call Cllr Breda Gardner on 087-2025753 or Seamus Quigley on 087-7728170. Alternatively, call into the Thomastown Community Centre Monday - Friday between 10 am and noon to sign up.

Annual membership runs from September to September costs €10 per phone. There will be another Crime Prevention Talk in early December.