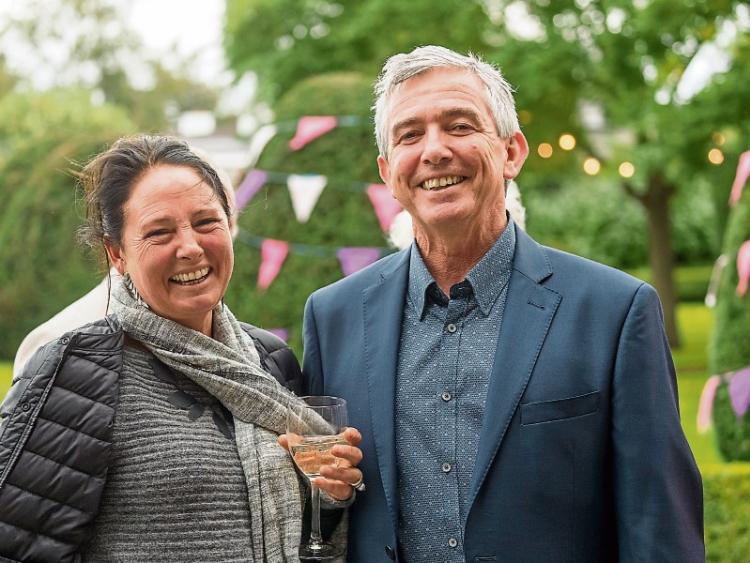 Savour Kilkenny has launched a hugely expanded programme of events to mark its 10th Anniversary.

The festival which is free to attend, has gone from strength to strength every year.

In 2007, the four day festival attracted around 3,000 people, while last year 22,000 flocked to Savour Kilkenny. This year it’s expected to be the biggest and the best yet with 30,000 visitors from all across the country and beyond descending on Kilkenny for the four day culinary celebration.

The annual festival brings a significant boost in spend to Kilkenny, and supports Fáilte Ireland’s vision for Ireland to become a leader in food tourism. Last year during the festival weekend, over 1,000 hotel beds were booked and this year, with the anticipated 30,000 visitors, it is expected that every available bed in the city will be reserved.

2016 also marks a number of important festival firsts. Savour Kilkenny has teamed up with Gill Books to feature exclusive demonstrations by some of their most popular authors, including Rosanna Davison, Stuart O’Keeffe, Edward Hayden, Domini Kemp, Patricia Daly, Susan Jane White and Darina Allen to name but a few! The festival is delighted in particular to welcome Darina Allen to the festival –this is the first time that she will captivate the crowds with a cooking demonstration alongside her brother and festival favourite Rory O’Connell (Sat 29th Oct at 1:30pm on the Food Stage).

Another standout first for the festival in 2016 is the Pop up Café and Bookshop at the Parade – the café will be manned by young people who overcame various challenges in their lives, and each of them has received hospitality training especially for Savour Kilkenny. The young group will be on hand throughout the four days serving customers delicious treats, while they mix and mingle with the Gill authors who are set to be hanging around the café and bookstore throughout the festival.

To celebrate Savour Kilkenny’s 10th Anniversary, the Design and Crafts Council of Ireland has created ‘The Table’, this exhibition is based around a competition which invites craftspeople to respond to the dining experience. A distinctive and completely new show, the pieces in ‘The Table’ are in a variety of media including wood, pottery, metal, glass, paper and much more. Work in the exhibition has been carefully selected for excellence in design and interpretation of the brief.

Commenting on Savour Kilkenny 2016, Marian Flannery, Festival Organiser, said “I’m absolutely delighted to reveal the 2016 schedule for Savour Kilkenny. It’s hard to believe that this year we are celebrating 10 years and have gone from 3,000 visitors in 2007 to 30,000 in 2016. In this anniversary year we have a hugely expanded programme of events, once again centred on our wonderful civic space on The Parade in the heart of the city, but also taking in most of our best restaurants, hotels, cafes and of course our producers themselves. Our unique partnership this year with Gill Publishing will give visitors the opportunity to experience some of Ireland’s finest Chef’s, foodies and writers.”

Jam packed schedule for everyone

The itinerary for the four days at Savour Kilkenny is jam packed with something for everyone. Festival highlights will see Jason Byrne present ‘Comedy and Cocktails’ in The Set Theatre, Tuesday, October 25th; Global Kitchen – the best of world cuisine cooked in Kilkenny; and the very popular Craft Beer and Distillers Pavilion, likened to a mini ‘Oktoberfest’, with DJ and artisan street food.

The children’s programme this year has something for kids of all ages - with plays and shows of various kinds, special screenings of favourite food films at Kilkenny Castle, Film Making Workshops, Junior Masterchef 2016 and much more.

For the second year in a row the festival will have a focus on health, and will showcase demos from cookery and healthy living experts, Paula Mee (author ‘Present Your Middle Years’), Frances Walsh (blogger The Honest Project), and Rosanna Davison, (author Eat Yourself Beautiful’).

The number of exhibitors has also increased, and this year will see 100 exhibitors and another 120 at the Young Food Producers Event at MacDonagh Junction. Its biggest festival yet - Savour Kilkenny 2016 will take place over the Bank Holiday Weekend, October 28th – 31st on the city’s Parade Plaza by Kilkenny Castle.