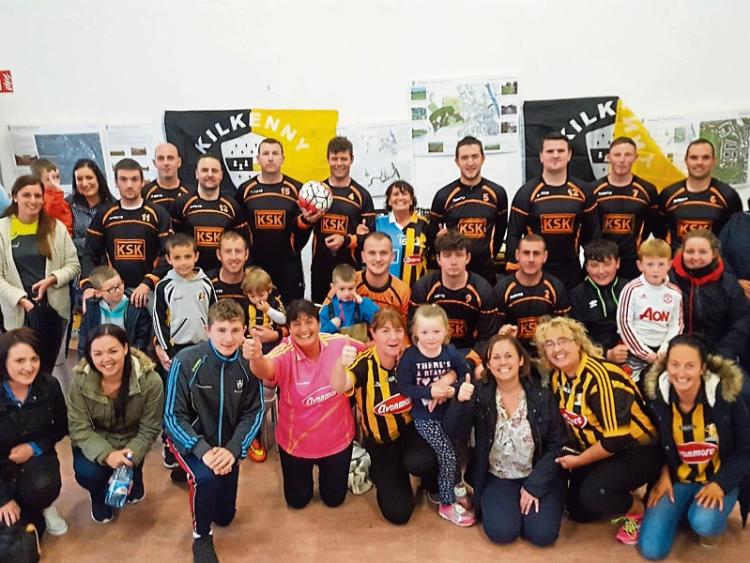 A young, keen sportsman and Butts resident who died three years ago was remembered recently when a soccer game, in his honour, was played at the Waterbarracks in the centre of the city.

The 3rd Rory Brady Memorial match was played between a group of local soccer players and a Dublin outfit around where Rory lived for a while.

Though the heavens wept on the day it was not enough for the Butts team who recorded their third loss in a row to their Dublin counterparts, 5 -3.

Rory's mother, Ber Clowry was again honoured to have the matched played in Rory's honour.

She thanked family and friends for travelling for the occasion.

She was especially mindful of her husband, Rory his older brother Darren; his wife Lorraine and Rory's nieces Lexi and Ellie.

She thanked Kirsty Maher for organising the special jersey she wore, bought by her family. Half of it was the sky blue of Dublin and the other black and amber.

Publican Pat Carroll, Ballybought Street was mentioned in the speeches for putting on food for the presentations and Tom Morris organised the Waterbarracks while Christopher Proctor gave up his Saturday to open The Boys Club, used as changing rooms by the players.