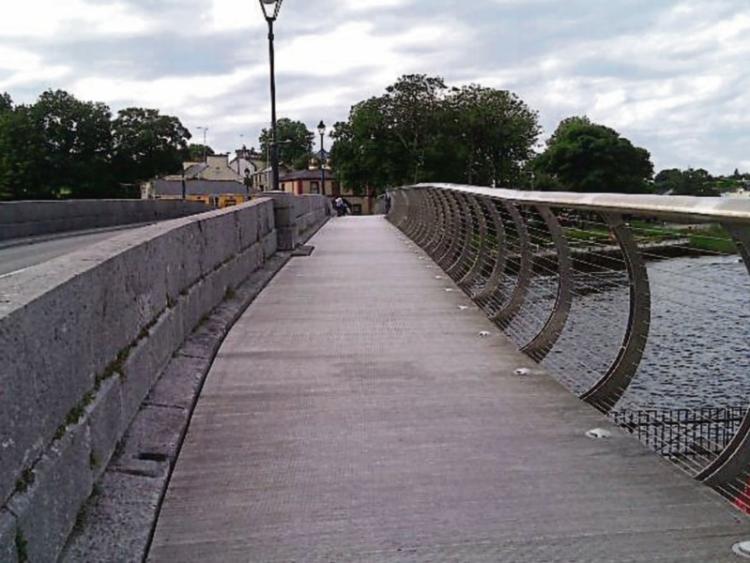 Plans are being put in place for a revamp of one of Kilkenny City's most iconic structures — Green's Bridge.

The bridge, which was built between 1774-76, has been catering for traffic beyond its capacity for some time now, and is in a state of disrepair. At the September meeting of the Kilkenny City Municipal District, city engineer Seamus Kavanagh updated councillors on plans for its future.

The preliminary proposal involves procuring consultants to carry out a structural assessment of the bridge, with recommendations for remedial works.

It will investigate theprospect of removing the existing footpath, and reinstating the parapet wall in its original location. A new, cantilevered 3m-wide cycle lane and footpath sympathetic to the existing structure will be put in place outside the wall.

The plan also involves pedestrian/ cyclist access coming off the bridge into the Peace Park, Linear Park, and Abbey site.

Mr Kavanagh said that any works to be carried out will involve a heritage impact assessment.

Cllr Malcolm Noonan asked about details in relation to the materials to be used and costings.

“Would it be possible to engage with the Heritage Council in relation to the heritage plan? We have got the experience here on our doorstep,” he said.

Cllr Noonan also said there was still some confusion in relation to how traffic would be managed when the CA S bridge opened.

“But, just to welcome the initiative brought forward — the bridge is 250 years old and it has served us well,” he said.

Cllr David Kennedy also had questions regarding how traffic would operate on the bridge.

“We are building a new bridge where the purpose was to take traffic off [Green's Bridge] – but we are still taking all traffic on the old bridge?” he asked.

Mr Kavanagh said it was part of the traffic management plan being implemented over three phases in the city. He said he hoped to come back to the members with an update on Green's Bridge in 2017, following a structural report.