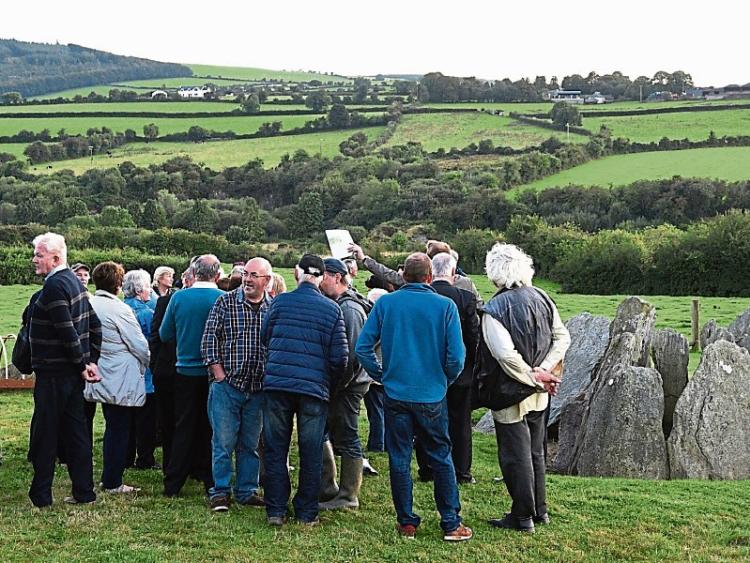 The fight continues to protect the ancient Knockroe Passage Tombs from the shadow of wind turbines on the hill across the county border.

Planning Permission was refused by Tipperary County Council for the eight turbines, but will now go before An Bord Pleanala. A decision will not be made until January of next year, but the closing date for people to make their observations was October 3.

Locals fear that the turbines, should they be constructed, will not only detract hugely from the beautiful views, but that they could block the solstice greeted each year by the 5,000-year-old structure.

Mr Walsh addressed the issues facing the Passage Tomb into the future: the need for road signage, improvements to the access road, and the threat posed to the site from the planned wind turbine development.

Cathaoirleach of Kilkenny County Council Matt Doran welcomed the minister, and Professor O' Suilleabhain briefly outlined the history and importance of the site.

Mentioning that her Department were involved in opposing the planned wind turbines in the initial planning application, Minister Humphreys pledged her support to the future of the passage tombs.

To round off a perfect evening, Minister Heather Humphreys was presented with a framed photograph of the tomb taken by Local Photographer Lena Power, before going for tea at the home of Pat and Eileen Power.