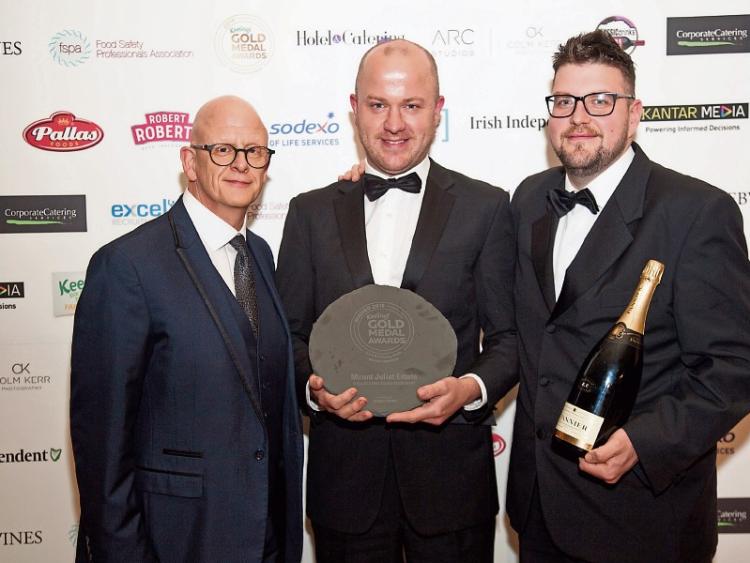 Over 450 professionals from the hospitality industry were in attendance at the awards which took place at the prestigious Lyrath Estate Hotel in Kilkenny and were hosted by TV3's Martin King.

Running for 28 years, the Gold Medal Awards are intensely competitive, drawing entries from hundreds of hotel, restaurant, guesthouse, spa and catering businesses every year. Each entrant is rigorously assessed by members of the Gold Medal Awards judging panel who travelled the length and breadth of the island of Ireland over the course of the summer to search for Ireland’s greatest purveyors of hospitality.

Event Director of the Keelings Gold Medal Awards Tracey Carney said: “We had a phenomenal response to the awards this year with entries increasing by 40%. The feedback from the judges was that standards, across the board, were extremely high and in several categories one to two points were all that separated premises.”

Speaking at the awards Colm Bury Managing Director of Keelings Farm Fresh commented: “We would like to congratulate all of the winners at Keelings Farm Fresh Gold Medal Awards 2016 in association with Hotel & Catering Review magazine. It’s a wonderful event which acknowledges the high standard of hotels, country houses, restaurants and caterers throughout Ireland. We are delighted to be the headline sponsors for such a prestigious event and it is an honour to showcase our locally sourced fresh produce at the awards through a wonderfully prepared dinner by the team at the Lyrath Estate Hotel.”