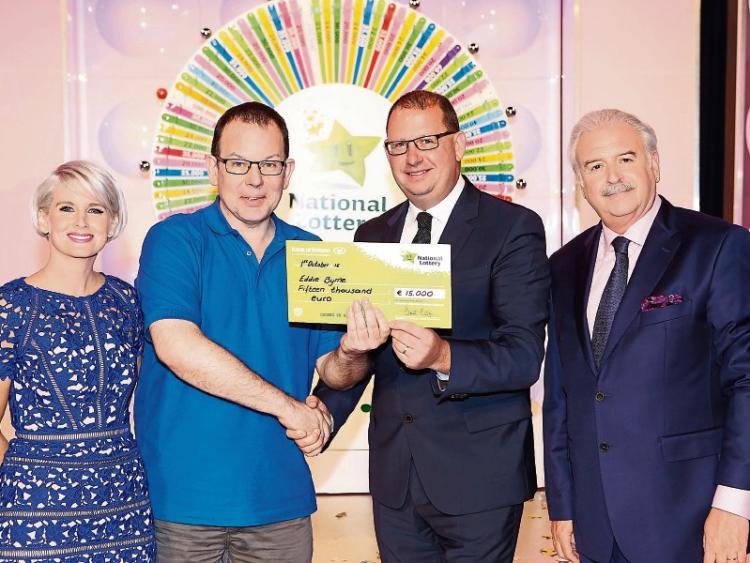 One of the most popular and easy going people in Kilkenny city played on the National Lottery's Winning Streak TV game show on RTE 1 on Saturday night and came away with €15,000.

Eddie was born and bred in the city and from Byrne's pub on the top of John Street.

Eddie is single (aged 47) and the eldest of four children; he has one brother, Willie and two sisters, Áine and Sarah. His mother, Hannah was also in the RTE studio on Saturday night shouting him on.

Eddie has worked as a barman at Langton’s for 14 years where he is always in good form with an encyclopaedic knowledge of sport and a kind word for everyone. In his spare time he plays snooker and golf. He loves travelling and his most memorable trip was to South American with his cousin, Owen.

He would love to use the money from Winning Streak to travel to India.