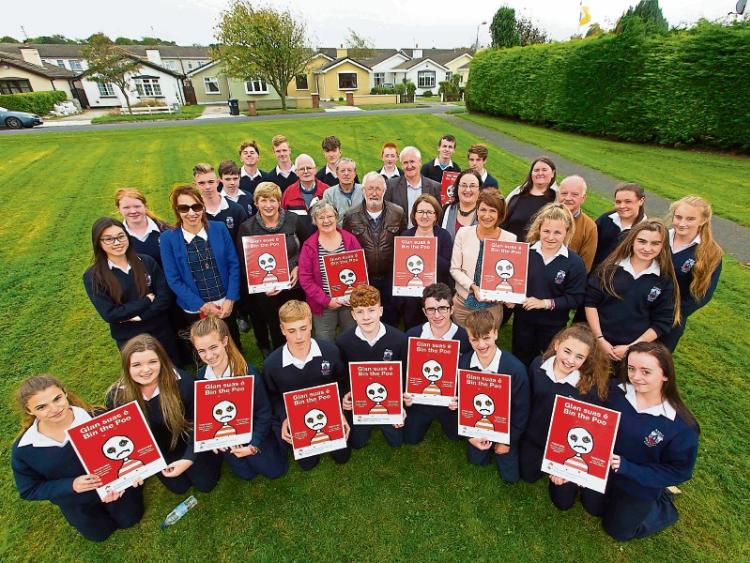 Autumn marks the return of school runs and lifts to and from sporting activities for many parents across the county.

Kilkenny County Council is marking this time of year with a new anti dog fouling campaign for dog owners. Some remain oblivious to the potential negative health impacts dog dirt can have on children and there remain a number of dog owners who consider it acceptable to let their dog loose in sports grounds, play grounds and school grounds after hours.

The excuse of 'it's only being let out for a run around' is not acceptable. These dogs may enjoy the freedom of running around but the dog dirt which remains after them has to stop. No sports club or school should need to 'scoop the poop' before letting youngsters out to play.

On health grounds, dog dirt is dangerous. The most vulnerable are children, as contact with dog dirt can be achieved by touching a soiled item like a football. Dirt can transfer if soiled hands make contact with mouths or eyes.

The dangers that lurk in dog dirt are microscopic; a ball doesn’t have to be heavily soiled as even a light touch off a dirty patch of grass can pass on nasty germs and pathogens. Dog owners need to be vigilant and be responsible about cleaning up after their dog to avoid health risks like toxocara which can damage the liver, lungs and eyes.

The new campaign was launched last week with the Ferrybank Elected Members, students from Abbey Community College and Abbey Park residents who have been championing a dog fouling campaign by distributing dog bags to dog walkers and highlighting the requirement to keep their green areas dog dirt free .

“During that time, we’ve encouraged dog owners to do the right thing; however the new campaign takes it up a gear and the campaign graphics will hopefully bring home the potential health consequences for children who come into contact with dog dirt,” said Bernadette Moloney, Environmental Awareness Officer.

At the launch Cllr O’Neill said that children have the right to play in a clean safe environment, free of dog dirt which is essential for the health and well being of children'.

Posters are available to sports clubs, schools and play ground management committees who need to remind dog owners to be more responsible. A limited number of posters will be made available to resident estate committees who are working with the council. Contact Bernadette, the Environmental Awareness Officer with Kilkenny County Council for further details on 056-7794470.