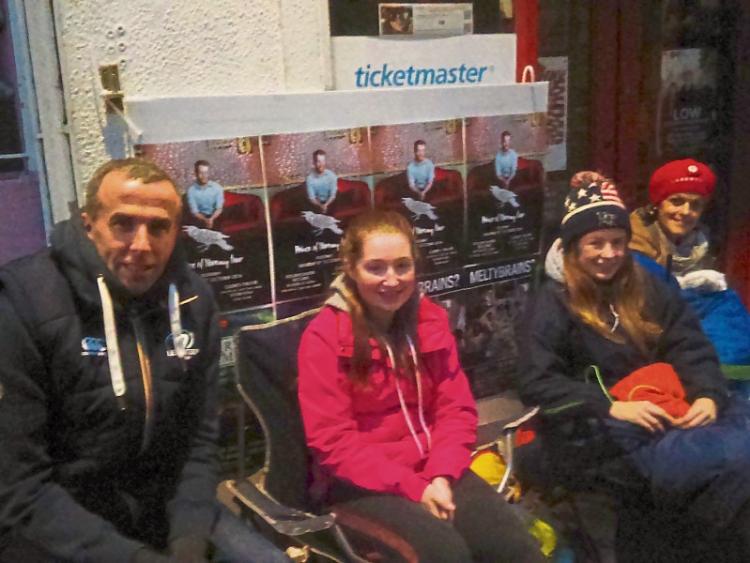 Coldplay fans stayed under “A Sky Full of Stars” last night to get their hands on tickets for the band's concert in Croke Park next July.

The queue outside Rollercoaster Records stretched all the way down Kieran Street. Many of those waiting through the night were in sleeping bags and pyjamas for what they hope will be an “Adventure of A Lifetime.”

Young and old alike were waiting for Willie Meighan to open the doors at 9am to get their tickets and then head to school or work.

The first person to take up residence outside the shop on Wednesday evening at 5.30pm was Gillian Kavanagh from Michael Street.

She was getting tickets for herself and her friend. The pal, who was not named, did supply her with a hot water bottle.

The next two were students from Loreto Secondary School. Clara Brett and Rosie Bergin are massive Coldplay fans and didn't mind waiting all night in the cold.

However as it started to rain at 7.35am they had the umbrellas out.

Middle aged, Patsy Connery from Bennettsbridge was queuing for himself but mostly for his two teenage children, he admitted.