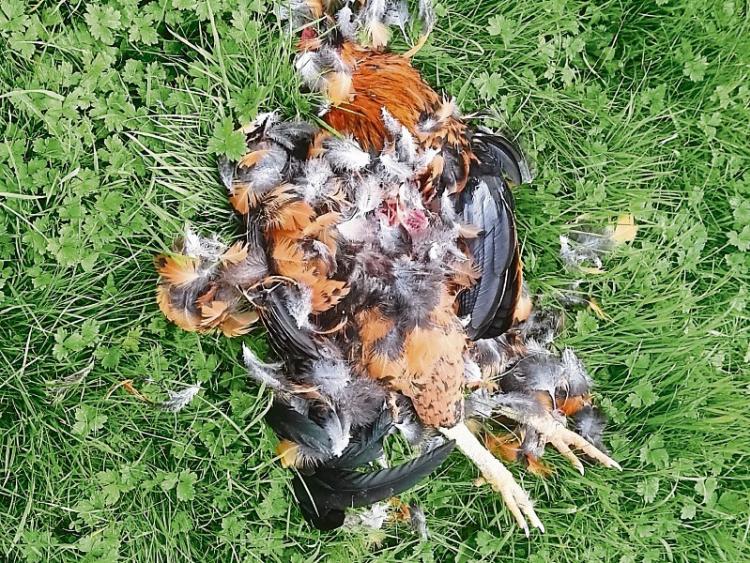 Young children looked on as a greyhound savaged their family pet in their own back yard on the outskirts of the city on Sunday evening.

The Red Rooster was torn to shreds by the greyhound which came into the garden at around 5pm.

“By the time we reached him his chest was torn apart,” the father of the two boys who owned and looked after the animal said.

“The cockerel's name was Tim and he was a much loved family pet.

“My sons buried him and have been deeply affected and angered by this incident,” the father of the boys added.

Everything has now changed utterly for them,” he added.

He claimed that the dogs were roaming freely and operate around the Wetlands halting site area with impunity.

“This dog came from the Wetlands halting site and the problem is that it is not the first time there has been such an attack,” the man claimed.

The man doesn't want his name made public but has asked that all dogs at Wetlands halting site be microchipped and be licensed straight away.

“This shouldn't be happening and the council don't seem to have got to grips with the problem,” the man added.