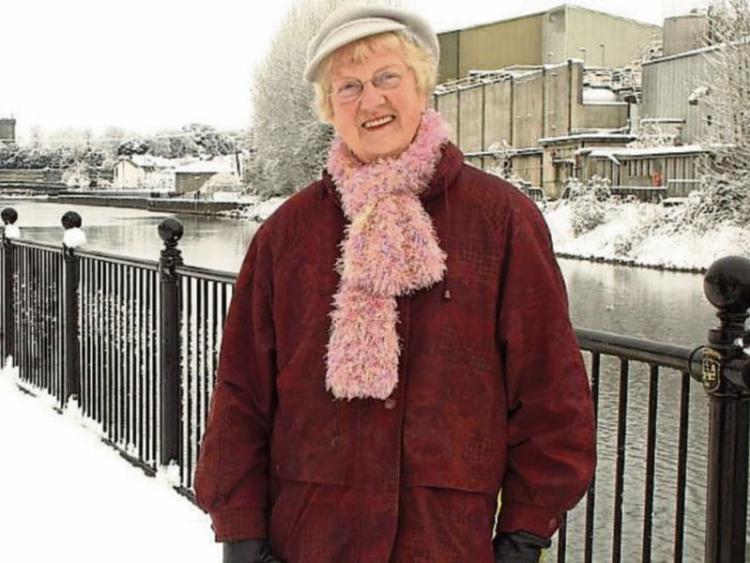 She was affectionately known as the Mary Poppins of Kilkenny - Margery Brady.

A wonderful human being who contributed much to her adopted city passed away on Sunday after being in decaying health for the last year or so, writes Sean Keane.

She was a keen cyclist and observer of life. A best selling author, active member of the Kilkenny Archaeological Society, bridge player, maker of scones and cakes as well as being a mother, wife and do-gooder.

As well as that she was an accomplished painter. she managed to pack an awful lot into one life.

Her best selling book, The Love Story of Maud Gonne and WB Yeats caused a sir in academic circles when it was first published.

Some people wrote it off as Mills & Boon effort but now historians and experts on Yeats have lauded it as a seminal work.

It has been in continuous print for the past 25 years and has been translated into a number of languages including Korean and is now in ebook form making it one of the most successful ever in the history of Irish literature.

The Love Story of Parnell and Katherine O’Shea was not so lucky as it clashed with a book on the same subject by Hugh Leonard.

Mr Leonard later wrote to Margery saying; “I’m sorry if this cuts across your work” and they became good friends. She was also friendly with the late Seamus Heaney and other literary figures.

Margery, who lived on Greenshill, Kilkenny was in her mid-eighties and had Alzheimer's.

She was predeceased by her husband Liam, a few years ago.

She will be buried tomorrow (Wednesday) in Foulkstown cemetery after requiem mass at 11am in St Canice's Church.