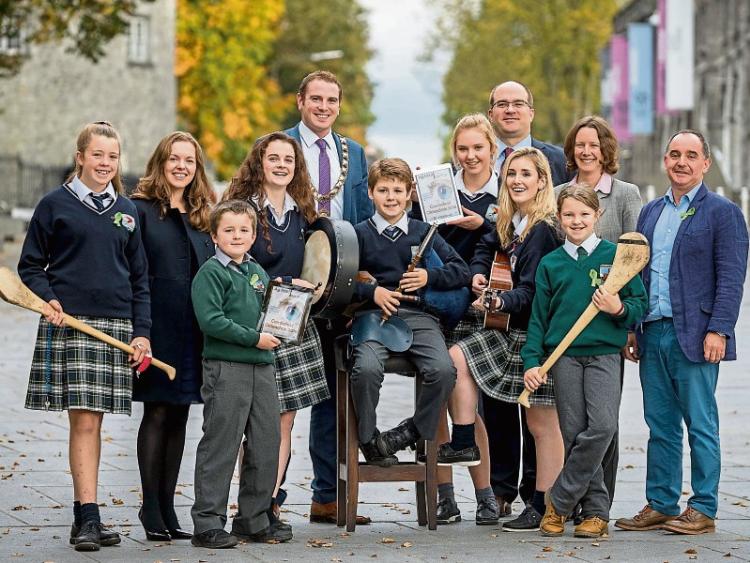 Speaking after the meeting, the organisation’s President, Cathnia Ó Muircheartaigh, said they were very grateful to members for their participation in the consultations around the change of name.

“Their involvement in the discussions demonstrated how important an issue this was for them and as an organisation, we’re delighted to be able to recognise members’ desire for a more inclusive and representative name,” he said.

The event was also an opportunity to showcase some of what will be on offer on November 11 and 12 here in the city.

Gaeloideachas public relations officer Seán Ó hArgáin said that it’s a great honour for the Cultural City of Kilkenny to be chosen as the venue for this year’s Education Conference.

“We’re expecting more than 300 delegates from all over Ireland to attend over the two days, to take part in professional development, networking and social events,” he said.