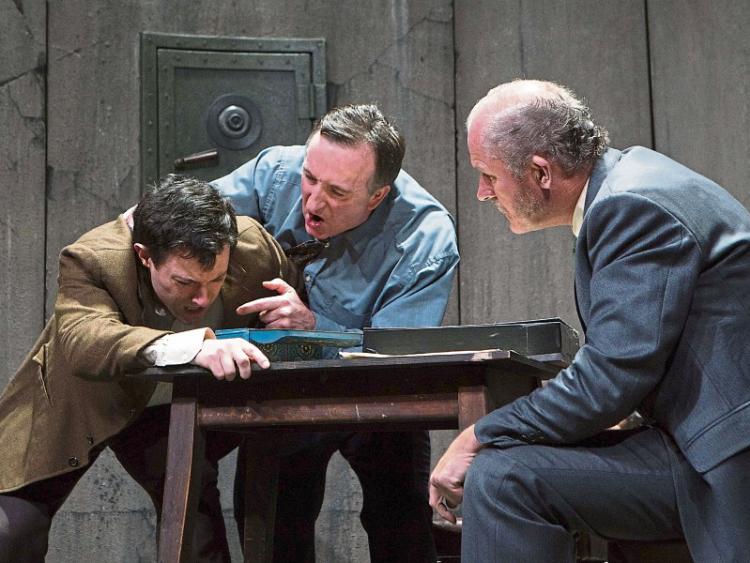 Dark and grizzly, The Pillowman by Martin McDonagh opens in a prison cell where a young writer, Katurian, is being questioned about the children’s tales he has written – grim tales which inspired copycat killings on the streets.

It comes to the Watergate from October 27 to 29.

Mixing comedy and dread, two interrogators tease out the resemblance between real and fictional worlds while probing the personal responsibility of the writer and his brother.

The Pillowman, winner of two Tony Awards and Olivier Award for Best New Play, engages the audience through a comedic yet alarming interrogation and by recreating the fantastical and twisted children tales. The laughter provoked by McDonagh’s gift for language and the ension inspired by his sublime flair for plot override the emotions of fear and never let the black comedy settle.

into complacency. The storytelling skill in The Pillowman will keep an audience on the edge of their seat to the last line.