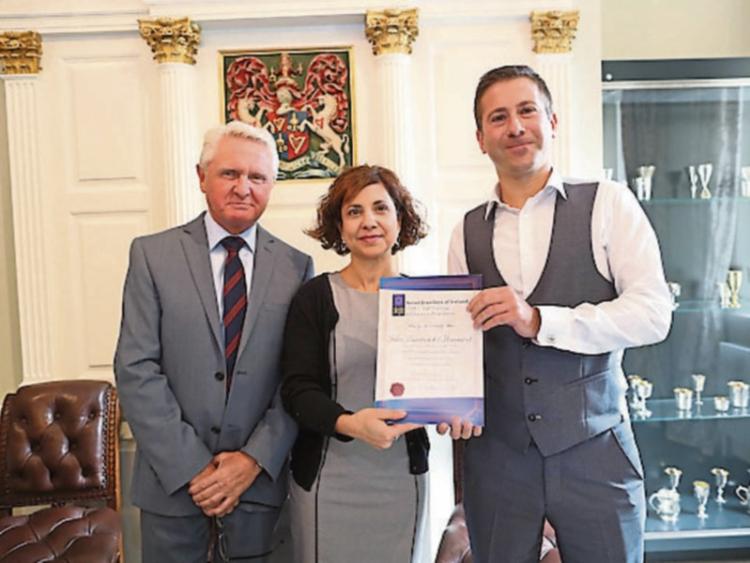 John Banbrick was among the second group of people to graduate as jewellery experts in Ireland.

The Retail Jewellers of Ireland have teamed up with the Company of Goldsmiths to present certificates to nine graduates. These graduates become the second group ever to be taught the correct level of knowledge and expertise around selling jewellery in Ireland.

According to Assay Master, Ana Izquierdo., “Kilkenny is a fantastic City for Jewellery so it's great it has it's own Jewellery Expert now. The Assay Office is delighted to team up with the RJI again for this fantastic initiative. We pride ourselves as being the very first type of consumer protection in Ireland. So it’s brilliant to be able to pass on that knowledge and professionalism to the next generation of jewellers.”

The Company of Goldsmiths was established in 1637, and since then through their Assay Office, assay and hallmark all items of precious metal manufactured in, or imported into Ireland before they are offered for sale to the public. In Ireland all items of gold, silver and platinum are subject to compulsory assay and hallmarking.