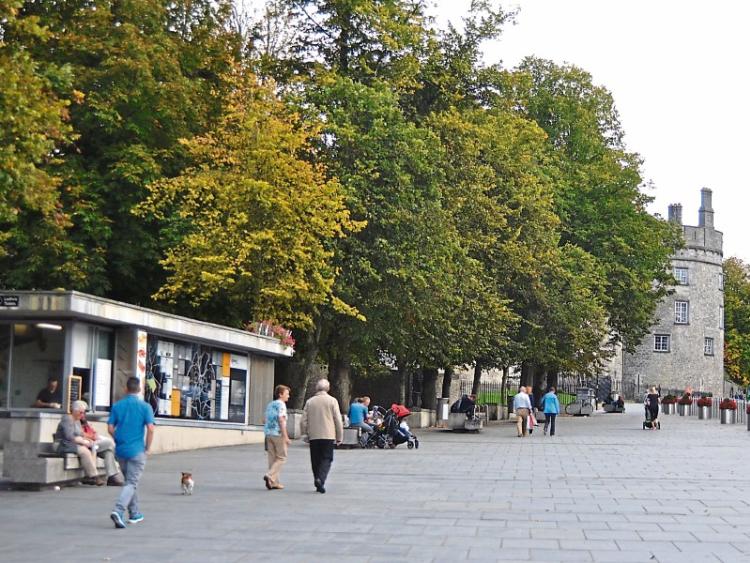 Kilkenny can become 'The Leafy City' as well as 'The Marble City' – but we must be more ambitious, and do more to cherish our botanic heritage.

That's according to author and gardening expert Shirley Lanigan, who was the guest speaker at the annual KKB Awards night, held last Tuesday evening in Kilkenny.

A native of Dublin, Ms Lanigan recalled how, as a child, her parents would drive the family down to Clonmel once a month to visit her grandmother. The route was the pre-motorway one known to many — through Naas, Kilcullen, Athy, 'Comer, and Kilkenny.

But it was Kilkenny, and the majesty of its grown environment that caught Shirley's eye, when the family would stop at the Parade to let the kids have a bit of a run around. It wasn't the castle that she was drawn too — in fact, as she told the audience last Tuesday, she scarcely noticed it at the time. Instead, it was the trees – on the Parade, and then the lined avenue of College Road as they drove out of the city.

“Kilkenny was just a magical place to me,” she told a packed Langton's Ballroom.

However, Ms Lanigan sounded a note of caution.

“Unfortunately, some of these trees aren't doing so well now,” she said, pointing to damage caused by storms – particularly in 2014 – as well as man-made factors such as roadworks and construction.

“The Castlecomer Road – I think there were two dozen [trees] there originally; there's only around 14 or 15 now,” said Ms Lanigan.

“And the ones that are still there now, I'm slightly concerned that they are on this very narrow strip of grass. I really hope they will be looked after, because they really made that a nice stretch.”

The Kilkenny-based author also raised concerns over one of the finest approach roads in the city, College Road. She said many of the trees there were quite old or had been lost.

This could be offset by replanting or replacing, but in many cases, said Ms Lanigan, the type of tree being planted was not as grand as the original.

“They don't have the impact, they don't set the heart on fire — they are not the sort of trees that people dream about,” she said.

The Kilkenny People columnist had high praise for the planting around the Butts roundabout and St Canice's Church — 'big, subtantial trees'; the limes and sycamores planted in the area around Lintown; and the trees along by the Carnegie Library and river. She singled out Dominic Street as a good balance between allowing trees to blossom, and careful maintenance to avoid the overhead lines.

She concluded by saying there was scope for Kilkenny to be not just the 'The Medieval City — but also 'The Leafy City'.

“Why can't we have Beech walks, lines of oaks?” she asked.