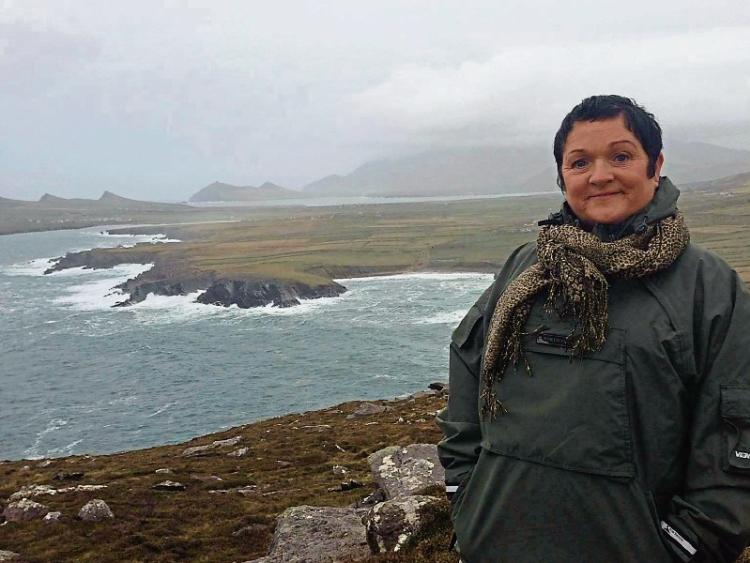 A wonderful Kilkenny woman with a joyful personality who died recently has left a wealth of memories from her time in her native city, Waterford and her final resting place, Dingle, Co Kerry.

She was born on the 6th of July 1957 in Kilkenny city. She later moved to Co. Waterford with her husband Sean and started a family.

While in Waterford she resided in Ballyduff, Kilmeaden and later Butlerstown Co Waterford.

For the past 18 years she lived in Dingle and was co-founder of Dingle Crystal. She is survived by her husband Sean; children, Stephen, Shane, Rebecca, Bella and Adam, her six grandchildren; brothers, John, Paul, David and Sister Donna.

Liz embraced life and took part in walking/hiking groups, Zumba dance classes and yoga classes every week. She was extremely talented in the kitchen and loved to host dinner parties, her home-baking was exceptional and her café ‘The Cutting Wheel Café’ on Green Street, Dingle was always a popular stop off for a coffee and something sweet. She was known for her smile, her kindness, her zest for life, her flamboyancy and her fashion. She was truly ahead of her time.

Liz’s life was characterised by her relentless love and care for those around her. She cared for Sean’s father Thomas Daly during his final weeks as he battled cancer in 2003.

Liz herself was diagnosed in 2009 with cancer, but she acquired a positive attitude and with conventional treatment and adopting a healthy organic eating lifestyle, she beat the cancer. Unfortunately, four years later she was struck again but as always she maintained her positive attitude and overcame that obstacle too. She inspired all those around her, so much so that those who were diagnosed after her always turned to her for advice.

Unfortunately, her health started to decline in late 2015 due to delayed side effects of previous cancer treatment. She died peacefully in her sleep on the 26th of September 2016 surrounded by her family.

Liz touched the lives of so many people near and far and that was made obvious by the support shown to her family during the past 9 months and during the week that she was waked at her home in Dingle.

Condolences poured in from all over the world and proved a great support to her family. She was removed from her home in Ballinvounig, Dingle on Friday the 30th of September and brought to St Marys Church in Dingle, which is situated across the street from her business Dingle Crystal. Following mass, she was buried in St Brendan’s cemetery in Milltown, Dingle.

There are truly no words that will do Liz the justice that she deserves. We may try, but we will always fail. As her daughter, Bella said during her eulogy on the morning of her funeral: “She lived, she laughed, she loved and she left”

Months mind mass is in St Mary’s Church, Green St, Dingle at 8pm on Saturday the 29th of October.