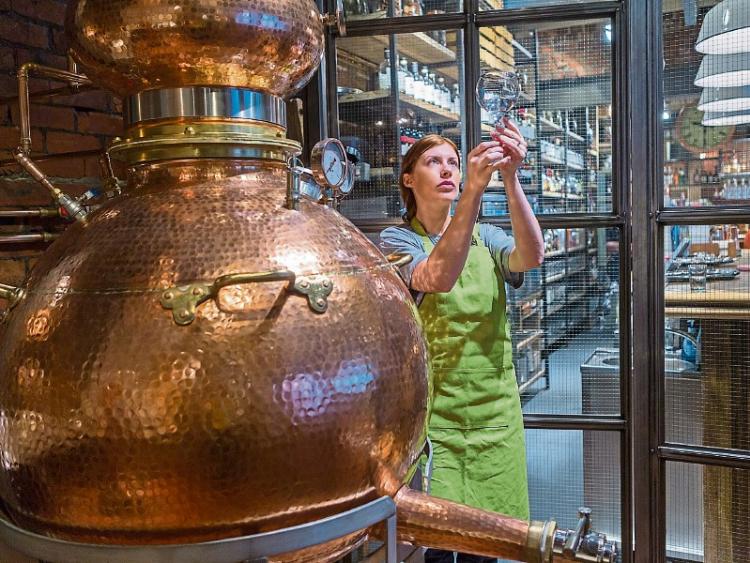 Lovers of whiskey and beer as well as entrereneurs will be whetting their lips ater hearing about Carlow IT's latest course.

They have launched the country’s first Bachelor of Science (Honours) Degree programme in Brewing & Distilling.

The programme is the first of its kind on the island of Ireland and the result of two years of research and development by Institute of Technology Carlow that has included consultation with industry, representative organisations, national bodies and government.

The programme builds on a long tradition of degree programmes in biosciences at Institute of Technology Carlow. It will position Carlow as a centre in Ireland for teaching, learning, research and innovation in brewing and distilling and provide necessary support to the brewing and distilling industry which is undergoing a major renaissance yet experiencing a national skills deficit.

“As a university-level Institute, our purpose is to identify and provide opportunities for our 7,000 learners to gain the skills, knowledge and attributes required to fulfil their professional and personal goals, while simultaneously supporting and driving the development of a vibrant economy”, commented Dr Patricia Mulcahy President of Institute of Technology Carlow. “The new four-year BSc (Hons) in Brewing and Distilling is the latest manifestation of this. One of the most welcome aspects of this initiative has been the expert support that we have received from the sector across the region, nationally and internationally. My thanks particularly to Carlow Brewing Company, Walsh Whiskey, Waterford Distillery, Alltech, Heriot-Watt University, An Bord Bia, Teagasc, the Irish Whiskey Association and the Irish Brewers Association”.

an 85% increase in food and drink exports to €19 billion.

and a 65% increase in primary production value to €10billion. Whiskey exports are up 60% since 2009 with 60 million litres exported per annum. 28 distilleries are now operating or being developed on the island of Ireland and the number of microbreweries are expected to grow to 100 by 2025. Direct employment in distilling will grow 30% by 2025. A surge of interest in craft beer and micro distilleries, emerging markets in Asia and the explosion of the craft alcohol market in the United States are fuelling the sector.