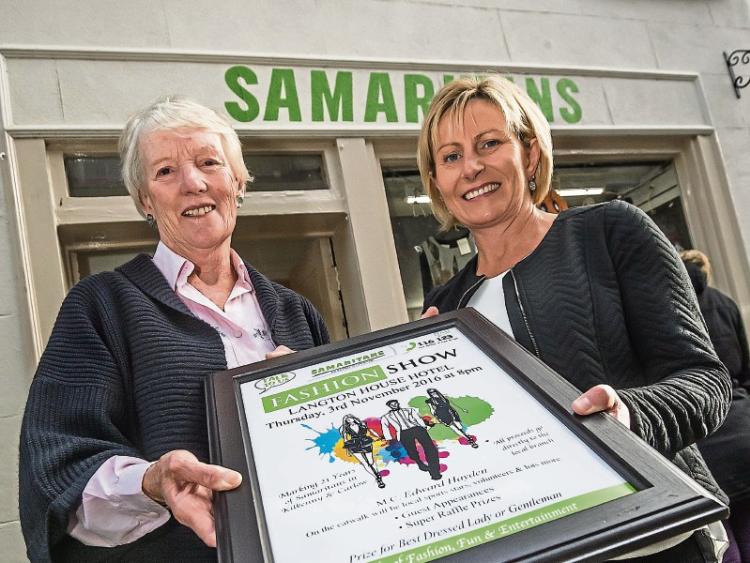 On Thursday, November 3 the Samaritans locally are hosting their first ever 'Talk to us' Fashion show in Langtons House Hotel, showcasing from the Samaritan Charity shop and other local businesses.

The shop first opened in December 2008 and is run entirely by volunteers.

All proceeds from the shop go directly towards the running costs of the Kilkenny/Carlow branch in Dean Street, Kilkenny.

This event is also to create awareness of the service provided by Kilkenny /Carlow Samaritan now in its 21st year!

MC on the night is the wonderful, accomplished and extremely funny Edward Hayden who won't spatre the models.

Entertainment is by the young, very talented & upcoming Carty Sisters.

Raffle prizes, door prize and prize for best dressed lady or gentleman, all this for only €10. This is very much a male and female event.

Tickets for what promises to be magical experience are available from the Samaritans Charity shop, 086 2438859, Langtons House Hotel and at the door on the night.

All of this will take place under the watchful eye of very talented Karen Morrissey, Hype Model agency.

Ann Quinn organiser and Charity shop committee thanked all those taking part in the show.