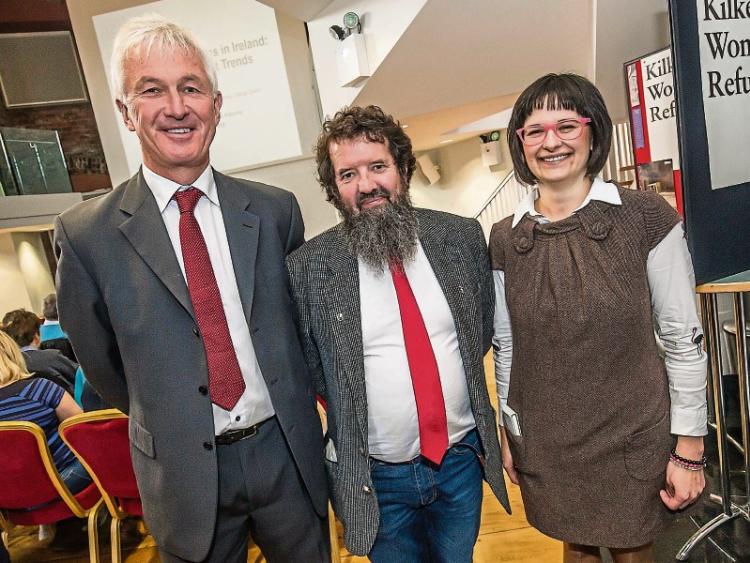 There was a standing ovation at a seminar last Friday for a man who eloquently spoke of his personal experience of homelessness in the city.

The raw honesty and emotion was palpable in the room as the speaker brought us on his journey. His story illustrated how easy one can fall on hard times and how difficult it can be to get off the streets.

The man spoke of his life now - a meaningful relationship, a home, a job and food in the fridge.

“I was walking down this morning and kicking the leaves in the sunshine and I thought - it doesn't get much better than this,” he said.

“Being homeless made a man out of me, I don't worry about silly things anymore.” He publicly thanked Fergus Keane and the staff at The Good Shepherd and said that without their support he would not be here today.

His talk was part of an event which took place to mark World Homeless Day and to raise awareness. It was organised by The Good Shepherd Centre in conjunction with the Kilkenny Homeless Action Team.

The key speakers for the day were Professor in Social Policy at Trinity College, Dublin, Eoin O'Sullivan. Professor O'Sullivan is the author of many publications on the topic and is Lead Editor of the European Journal of Homelessness since 2009.

Social justice campaignerFather Peter McVerry has been working with vulnerable young people in Dublin for the past forty years. He is the founder of the Peter McVerry Trust - a charity organisation that has progressed from one flat in Ballymun in 1983 to 11 homeless hostels with over 100 apartments, a residential drug detox centre nd two drug stabilisations services.

“Homelessness is now accompanied by hopelessness. People are in hotel accommodation for up to two years,” he said.

He cited three main reasons for the soaring levels of homelessness - namely high rents, evictions (because landlords are selling) and repossessions.

“There are more homeless people in the country today than in famine times. It is the same reasons that people are being evicted and that is they cannot afford to pay the rent.”

“At this moment we have a Housing First model without the housing. It is an Irish solution to an Irish problem,” he concluded.