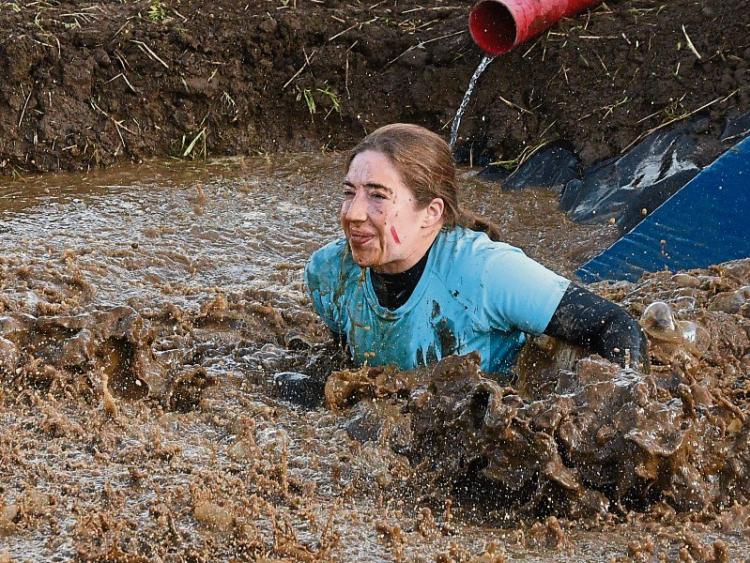 It was like a scene from a Bear Grylls outdoor, adventure documentary.

Ordinary people carrying logs down hills, crossing rivers, up to their oxters in muck - and - wait for it - loving every minute of it.

Kells had never seen anything like it since the Priory was sacked by those loyal to Henry VIII in the middle ages.

Hundreds of people piled around the famous fortification as part of the Reign of Terror.

Participants pitted themselves against the elements and 68 man-made obstacles.

And one man, who failed to make it up an incline, had a hill named after him - Phil Comerford's hill.

Others barely managed to get over the curved wall with the help of a sweeping brush up the behind and two members of the Dunnamaggin hurling team on top of the wall to lift them over.

It was a breathtaking sight to watch people jog along the perimeter of the priory in lovely autumnal conditions.

Over 700 people took in the challenge which was in aid of the Dunnamaggin GAA Club and Kells playground development.

Special praise went to Donna Dunne of Waterford Institute of Technology, she and her students worked as stewards making sure everyone got around safely.

In the competitive side of things, former Kilkenny hurler , Sean Dowling won the Reign of Terror trophy.