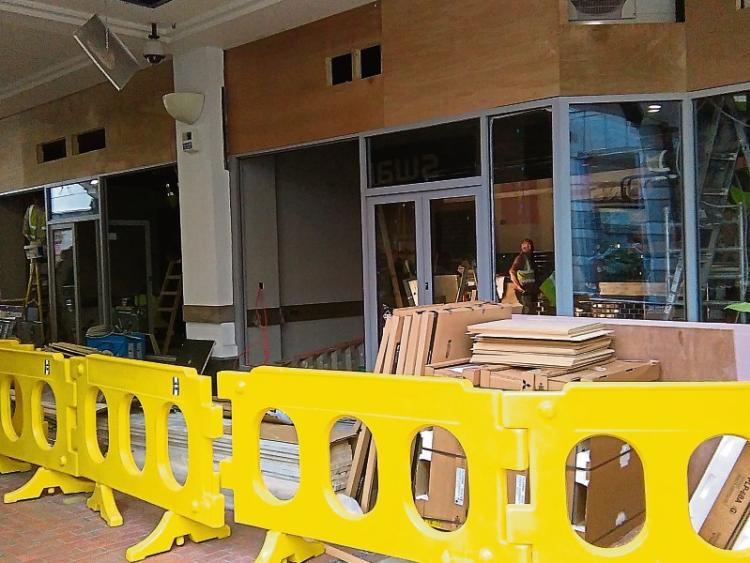 Work taking place on the site this morning.

Work is continuing on site in Market Cross Shopping Centre this afternoon on a new café development, which the council has said is unauthorised.

The development, which is to be part of local businessman Bobby Kerr’s Insomnia franchise, is taking place in units 12 and 13 of the shopping centre.

Permission was granted for the development - consisting of the interconnection of the two units to form one, the change of use from retail to coffee shop, the erection of fascia and signage, and associated site works - in September, despite one third-party submission objecting to it.

The planning department of Kilkenny County Council then received a complaint about the development earlier this month, and the site was visited by a planning official.

A statement issued by Kilkenny County Council says that a warning letter was then issued to the developer on October 17.

“The planning authority has initiated proceedings in relation to this unauthorised development and is awaiting a response from the developer,” says the statement.

“Kilkenny County Council will not make any further comment on this matter at this time as the matter may be the subject of legal proceedings in the future.”

There were at least 17 people still working on the site as of 11.30am this morning.