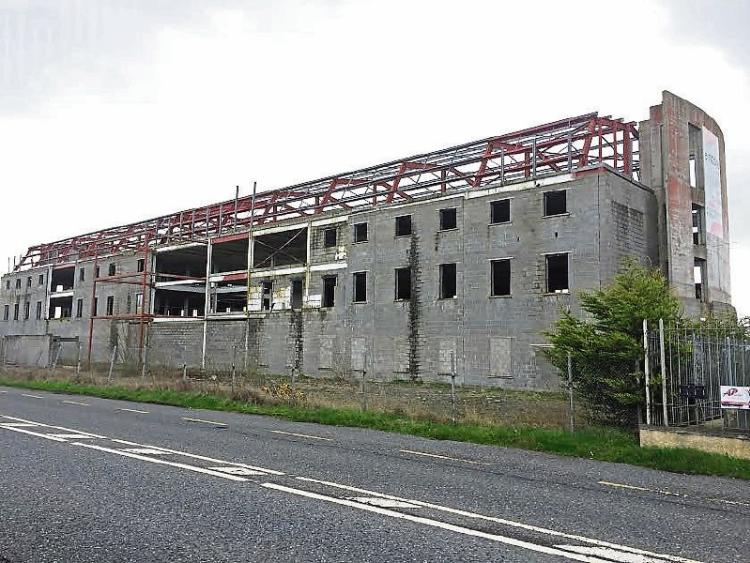 Over 100 jobs will be created when a new nursing home is completed in the north of the county.

And it also means that after years of campaigning, one of the worst eyesores in Kilkenny will be removed in the next few weeks.

It will make way for a new 85 bed nursing home on the site of the abandoned hotel on the outskirts of Urlingford, on the old road to Thurles.

Up to €5 million is to be spent on the development which will begin before the end of November.

The new facility will be known as the Blackstone Nursing Home. And there will be 50 construction jobs created over 12 to 18 months and where possible the developers have promised to employ local people.

The area has been decimated since the opening of the Dublin-Cork motorway and the bypassing of Urlingford.

There are behind the scenes negotiations to develop other idle areas within the environs of Urlingford. Cllr Mick McCarthy has been working closely to help bring about what he described as a “notable economic boost.”

“This new development will bring an immediate, positive impact” he said.

“The existing site is a legacy of the economic crash and is an obvious eyesore on the outskirts of Urlingford.” This rejuvenation will restore the visual aesthetics, create employment with obvious financial spin-offs.

“This is a great, positive story for North Kilkenny and the people of Urlingford and it offers a choice for those seeking a state-of-the-art purpose built care facility in country surroundings,” he added.