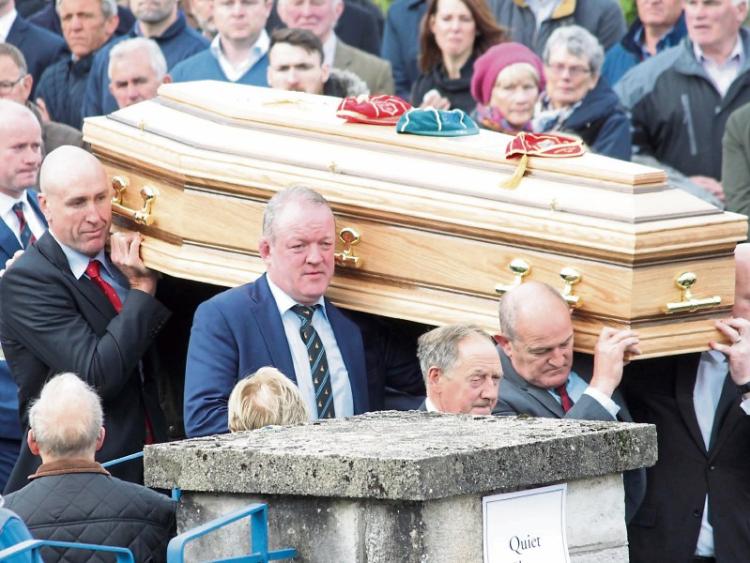 It was the largest number of signatures ever for such a book.

And five years ago the late Axel Foley sat on the stage of The Set Theatre, Kilkenny for an hour and a half with his great pal, Mick Galwey and entertained a crowd of 350.

They did not charge any fee for the night in aid of Kilkenny Rugby Club. It was typical of both men.

Two weeks ago Anthony Foley was in Kilkenny for Mick Galwey's 50th and he was his usual self - Happy, warm, gregarious, kind and for a change, shaven.

He posed for many photos and selfies with admirers and was delighted to meet up with old friends and to have a laugh and a joke but always in the best possible taste. He was that kind of man.

On Thursday and Friday of last week many people from the club and Kilkenny went to his funeral in Limerick. People like John and Kitty Dowling, the parents of Ian Dowling who won two Heineken Cups with Axel.

Axel loved coming to Kilkenny and had many a good night here with his Munster teammates. His memory will long be treasured in Kilkenny.

And on Saturday, Dicksboro GAA club's intermediate footballers dedicated their win in the county championship to Axel.