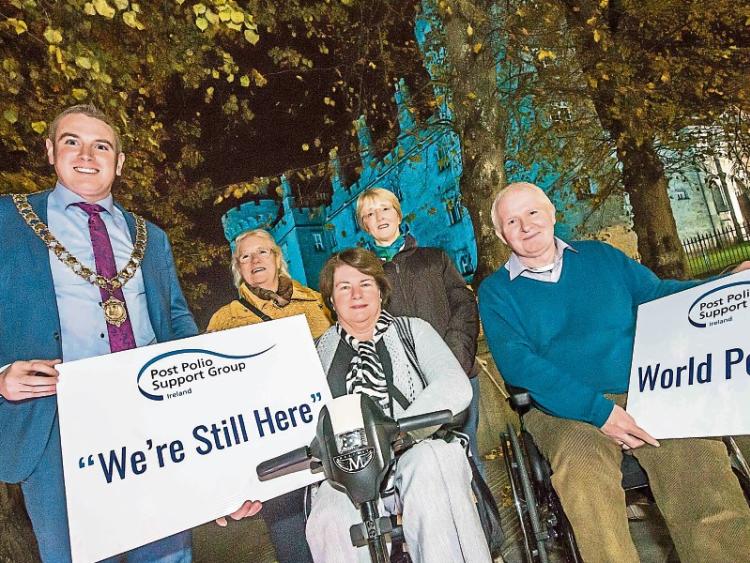 World Polio Day was recognised in Kilkenny with the lighting up of Kilkenny Castle this week.

Most people think Polio is gone and while thankfully it has been eradicated from Ireland due to vaccination, those who survived the original epidemics in the 40s and 50s are still living with the impact of the disease.

There are estimated to be 7,000 Polio Survivors in Ireland, many of them needing our help as they age.

Polio Survivors are often overlooked by medical professionals, media and the general public. As World Polio Day is celebrated – being the birth date of Jonus Salk inventor of the vaccine- Polio Survivors in Ireland are reminding the public  - We’re Still Here. While a dying population, with thanks to the eradication, Polio Survivors still need help, support and understanding to help them to live out their lives with dignity.