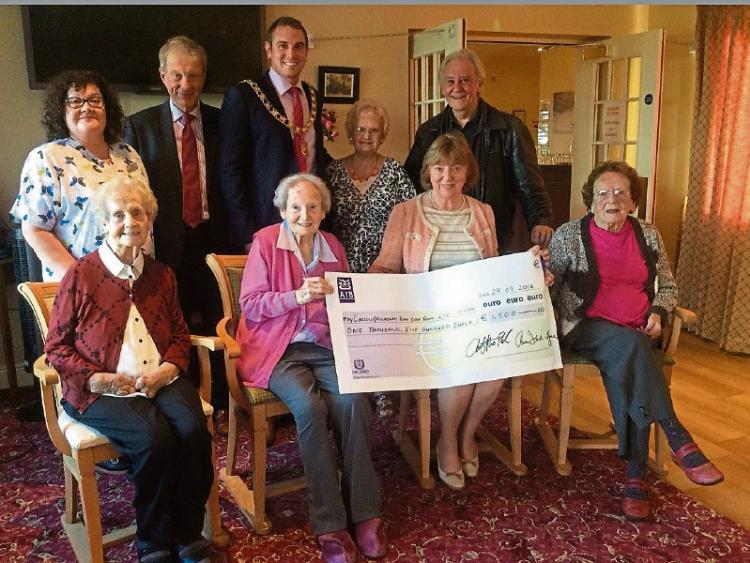 A group of talented residents known as " The Pride of Drakelands House" have raised €1500 for the Carlow/Kilkenny Homecare Team.

At a recent event held in Drakelands House the residents presented a cheque to Catherine Quinlan to thank the Homecare Team for their continuous support to the residents and staff in ensuring best quality of life and care.

The group recorded a CD of songs and poetry with the generous assistance of John Travers who set up a recording studio at Drakelands House.

Mary O Carroll , Active Lifestyle Facilitator at Drakelands said it was a wonderful occasion for all the residents who took part. “It was so exciting for us to see their fun and joy - they are all naturals, we'll have to go on the road touring,” Mary said.

The evening continued with music song and poetry from "They Stood By Pearse's Side", a production about 1916 recently performed in the Watergate Theatre, written by Jim Maher, musical Director Noreen Cooney and Billy Carrigan.

Mayor Patrick O Neill who attended the event said he was very impressed with the efforts the residents had gone to to raise these funds for the Homecare Team and congratulated them on their talent.

Catherine Quinlan thanked the residents on behalf of the Homecare Team and said she was inspired by their generosity of spirit.