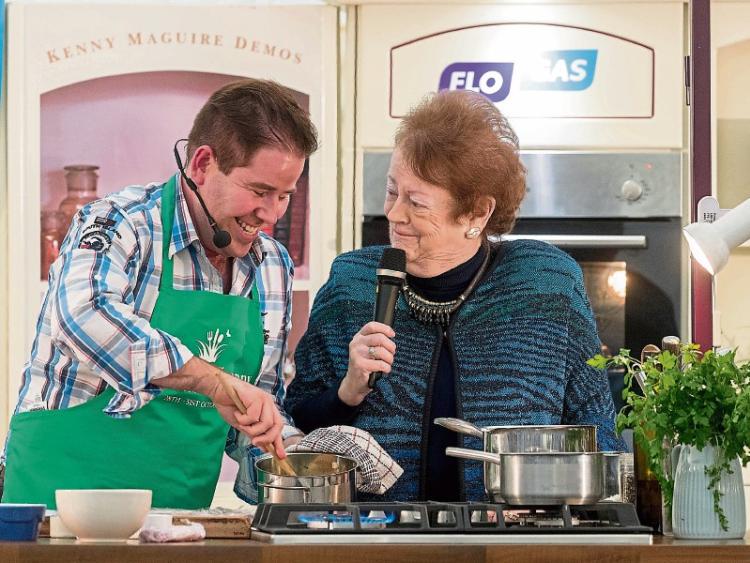 With all the great culinary luminaries that attended this year's hugely successful and wonderful Savour Kilkenny food festival it's sometimes easy to forget your own.

Every time he appeared on the Food Stage on the Parade it was full and he received rapturous applause.

He seems to be possessed with boundless energy and had a word for everyone in the audience.

He makes an excellent double act with his good friend, Anne Neary and for pure entertainment it's hard to beat them on stage.

His interview and cookery demonstration with former Fianna Fail politician, Mary O'Rourke was definitely the most fun thing during Savour - The banter was wonderful and natural.

He was joint MC at the tasting night in Zuni Restaurant on Sunday night where awe inspiring head, chef, Maria Raftery based her theme on the hurling rivalry between Kilkenny and Tipperary with Stuart O'Keeffe, MC on behalf of the Premier county.

The food was fabulous and the comments even richer and of course, in the vote-off, Kilkenny won by a landslide.

And on Monday, Edward Hayden held an afternoon tea party in aid of the Carlow-Kilkenny Homecare team at his school of food in Graignamanagh which raised over €2,000 for the charity.

There was one sad note during Savour. I attended the book launch, comedy show by Jason Byrne. I left troubled not because of the talk or jokes told by Jason but because of the deeply dysfunctional relationship he had with his father.

And while he poked fun at the nine annual holidays to the Isle Of Man and his father's drinking and lack of engagement in the family home, it was sad that the stories from his book, Adventures of Wonky-Eyed Boy revolved around his father.