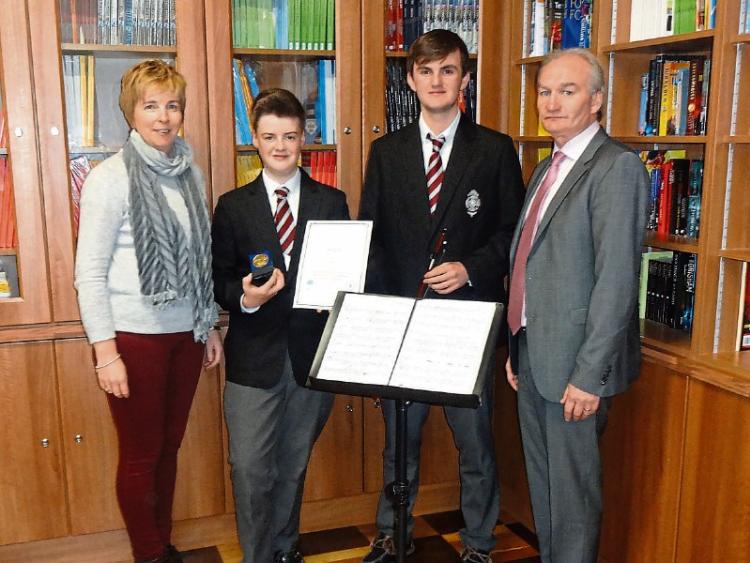 Robert Murphy, a sixth year student, has been selected as one of the national finalists to take part in the Fr Maher Classical Music Awards. Robert, who has been studying cello for many years in Kilkenny School of Music, and who is taking music as a Leaving Cert subject, performed Bach's Cello Suite No 1 in G.

The winner of the award will receive €5,000 scholarship. The final takes place in the RCSI on Friday, November 11.

In a different musical area, Conor Lawlor, in second year, was awarded third place last week in the World Solo Drumming Championships. Before this, Conor had been placed first in Ireland, and qualified for the World finals in Glasgow.

He is a valued member of the CBS Pipe Band under Mr Sean Breathnach.

CBS Kilkenny is very well known for its musical success and for the diversity of musical talent that lies within. Under the tutelage of Ms Dowling, the music department goes from strength to strength in the areas of choral singing, musical ensembles and solo performance.

The music department at CBS Kilkenny continues to go from strength to strength and students of all abilities and talents are encouraged to reach their very highest potential.