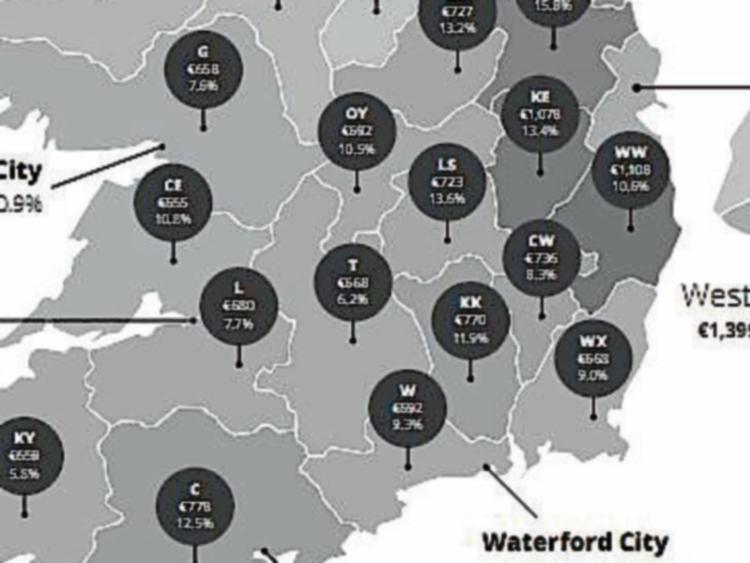 Rents in Kilkenny have risen by 11.9% year on year, according to a survey released by Daft.ie.

Nationally, rents were on average 11.7% higher in the third quarter of 2016 than a year previously - the largest average jump since records began in 2002.

The average advertised rent is now €770, up 35% from their lowest point.

Commenting on the report, Ronan Lyons, economist at TCD and author of the Daft Report, said: “The figures from the third quarter of 2016 are worrying. They include a new all-time high for the average monthly rent nationwide, the highest rate of annual inflation on record, as well as the joint highest quarterly increase in rents. The increases stem from strong demand and very weak supply. In order to bring about more rental supply, policymakers urgently need to audit the cost of building homes in Ireland compared to other high-income countries.”