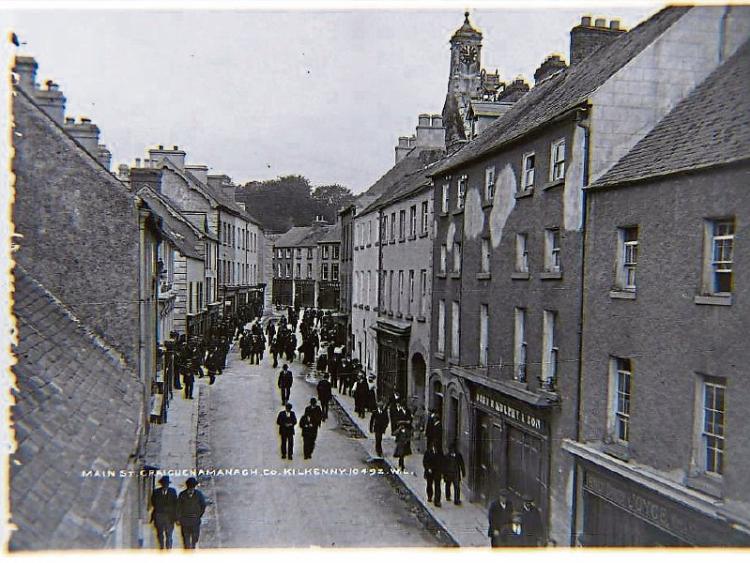 Details of the villains of Victorian Kilkenny who engaged in animal rustling, forgery, assaults and murder are now available through the publication of 19th century police files.

The collection allows members to examine their family and local history in a different light as it may be found that your great ancestor may have lived a life of crime, or rather may have been a victim of one.

The records include the names, addresses and descriptions of Kilkenny residents wanted for and convicted of various crimes, as well as their victims. Many of the crimes were connected to heightened periods of civil unrest that defined the Land War and its related tensions in rural Ireland in the final three decades of the 19th Century.

This was an era in Ireland when murders were seven times more likely and theft was rife. The collection reveals that across Ireland assault was the most common crime over the 32-year period with 28,353 cases reported. This was closely followed by reports of breaking of license conditions (28,092 cases) and of theft (23,345 incidences). The collection depicts 249 records relating to murder that occurred across Kilkenny.

A man who claimed his name was called John Kelly and a native of Castlecomer stood charged in November 1855 in Burnchurch with having stolen a set of pony tackling from Patrick Brophy’s stable. The pony tacking was recovered following the theft. But it is believed he also committed a similar crime in other areas across Kilkenny. He is described as having the appearance of a collier with broad shoulders, a dark complexion and being of stout make. He is about 45 years of age with dark hair and whiskers. When last seen he was wearing a soft hat and blue sack coat.

In the gazettes, multiple incidences of serious assaults are seen. In December 1866, John Shea a labourer was struck with a stone by James Byrne. John later died as a result of his injuries at his home in Kilcross. A £50 reward was offered for information on James Byrne within six months, which would be paid upon conviction.

James was described as being 25 years of age, 5 foot 8 or 9 inches tall, of stout make, with a smooth, fresh complexion and a long nose. On the day in question, he was wearing a black cloth cap, dark tweed trousers and a vest. James is also described as being a labourer and walks with a firm soldier like step. He had served in the Kilkenny Militia.

Mary Walsh’ ass’ car is depicted in the gazettes. The car was stolen from Ballinacurra. The car is described as having a body made of larch, the loft shaft was broken and repaired with a piece of hoop strapped around it.

The car was blue in colour with the name ‘James Barry Dowling’ painted on he right side. The wheels are described as being nearly new and painted red.

A description of five heifers is also seen. These aniamls were the property of Thomas T. Bowers and were stolen in Kilmoganny 15th or 16th of November 1877. The animals are described as two red or red and white heifers, in good condition. Two strawberry or roan heifers, in good condition. One white heifer with some light red spots— the white heifer was described as being a remarkably lengthy animal, and supposed in calf. It also had three remarkable spots on one side resembling the letters A, B, and O. Each of the six are one and a half years old, and valued at £9 each.

When last seen he was wearing a dark coat, brown tweed trousers and a vest. He is finally described as being good-looking.

Ancestry’s Rhona Murray commented, “It’s fascinating to see the variety of crimes and note how some of them differ from those committed today. Stealing livestock was rife and the level of assaults and murders was much higher than the present day. It all makes for fascinating reading for anybody looking to find out more about either a historic offender or a victim of crime in their family tree.”

Ancestry is the world’s leading family history site containing the largest collection of family trees with over 6 billion profiles from over 100 countries. This year they have launched new Irish collections of records including over 10 million Catholic Parish records and a fascinating collection of once secret 1916 Easter Rising files.

To search the Irish Police Gazettes 1861-1893 log onto www.ancestry.ie. The records are searchable by name, date, type of crime and that county in which they occurred.