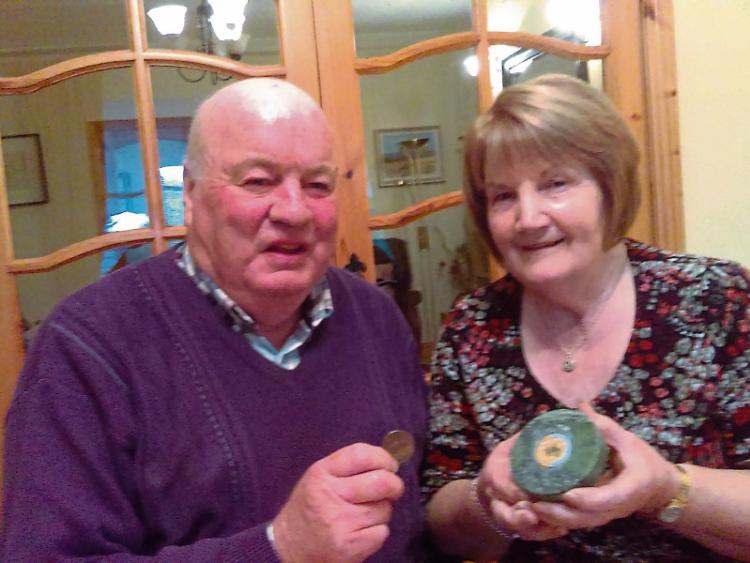 After a wait of 33 years, a good natured Kilkenny resident was, last week, honoured for an act of incredible bravery.

Showing no regard for his own safety, then truck driver, Hugh Long, who now lives in Urlingford waded into the icy cold River Liffey to save a distraught woman - Even though he can't swim.

And he feels that a penny (dated 1935) given to him afterwards by the grateful lady has brought him good luck since as he recently celebrated his 50th wedding anniversary with the love of his life, Patricia (Pat).

Now 73 years of age and originally from across the border in Gortnahoe, Co Tipperary, Hugh had forgotten the events of that day in February 1983 until he was contacted by TG4 for a documentary.

And when Irish Water Safety heard about it they felt it was about time he was rewarded for his selflessness.

Speaking in his kitchen last Friday afternoon, over three decades later, he recalled a woman alerting him to the fact there was a body in the river. He immediately left the cab of his truck, climbed over the river wall on Ellis Quay, Dublin down the safety ladder and waded out to bring the woman, who was face down in the water, to safety.

Last week, Simon Coveney, Minister for Housing, Planning and Local Government presented him with an award.