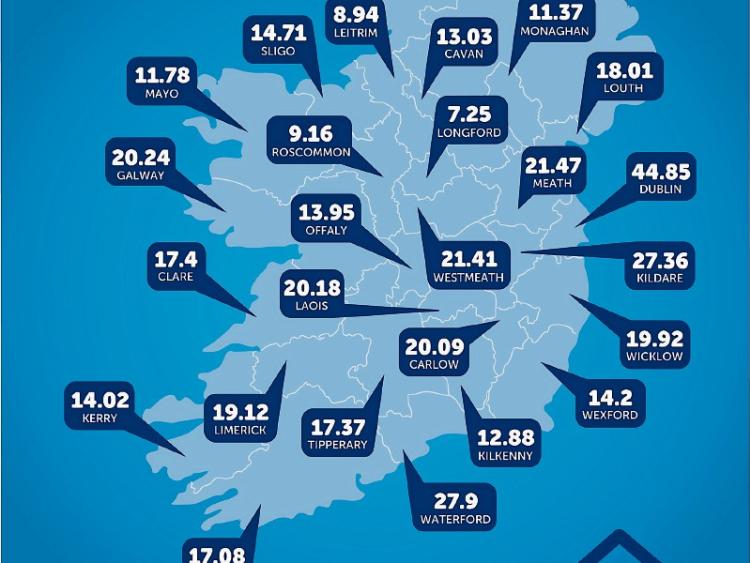 Kilkenny is ranked at 21st in the national broadband league table.

Speed test data collected by Switcher.ie, the independent price comparison website and switching service, shows that broadband speeds vary hugely and some areas are being left languishing with speeds up to 36 times slower than those in the fastest parts of the country.

Kilkenny's broadband speed stands at almost 13mbps, thats significantly less than The National Broadband Plan which sets out , at a minimum, broadband with speeds of 30Mbps should be available to all.

The data, based on almost 27,000 consumer speed tests run by broadband users between 1 August 2015 and 31 July 2016, shows that Legan in Longford is officially the slowest area

In terms of county-by-county results, unsurprisingly Dublin has the highest average speed, followed by Waterford, Kildare, Meath and Westmeath. The county with the slowest average speed is Longford, with Leitrim, Roscommon, Monaghan and Mayo making up the bottom five.