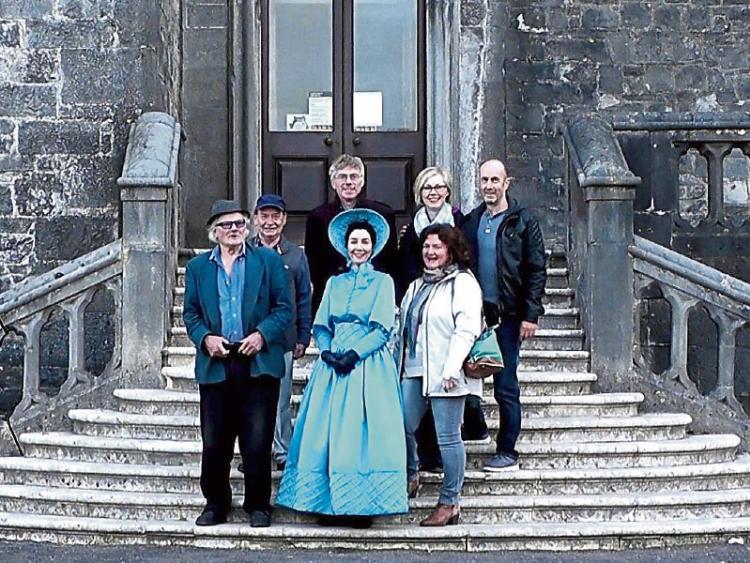 Ned, the colourful Mullinavat based novelist/poet/ songwriter, is directing a group of singers, actors and models in what promises to be a major theatrical and film event rolled into one.

An elite line-up of participants are singing songs and reciting poetry composed by Ned over the past sixty years…songs and poems touching on themes of love, emigration, betrayal, war, Celtic mythology and modern mysticism.

In his creative work, Ned has drawn upon his own adventurous and grief-stricken life: He fought in several Middle Eastern wars in the 1960s before emigrating to Australia where he lost an eye and suffered partial hearing loss in a premature mine explosion.

Undaunted, he devoted his life to writing prose and poetry and producing beautiful copper etchings that are still displayed in hotels and pubs worldwide.

All the singing/acting performances are being recorded for inclusion in a film about Ned’s life and work that will premiere at the Watergate.

This week, actor Paula Drohan (described by Ned as a super-gifted comedienne and tragedian) was involved in the filming of a scene that will be central to the Kilkenny Cats Movie, as Ned provisionally calls the project.

And Watergate seamstress Mary McGuinness has lent her expertise to Ned’s project; resulting in a jaw-dropping display of old world costumes and matching background scenery. Acclaimed actor Brendan Corcoran has recited some of Ned’s haunting poems for the film.

The completed movie featuring a multitude of artistes from around the county and beyond is expected to draw huge crowds to the Watergate.

Ned will reveal the date of the premiere in the New Year. “The cast are just marvelous” he said, “the cream of Kilkenny musical and acting talent will set the stage alight when this movie is shown. I can safely predict that it will bring joy to thousands and rock the Marble City to its foundations.”