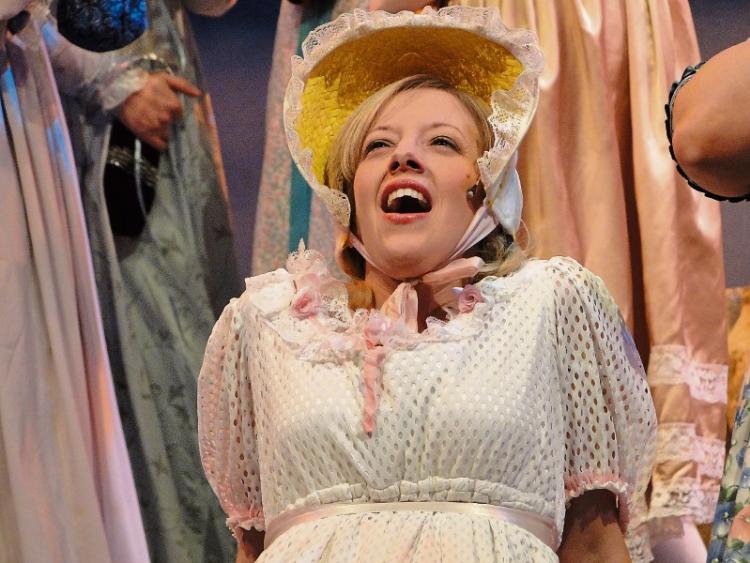 Kilkenny Musical Society is associated with performances in The Watergate Theatre where its April Musical Theatre productions is often considered the highlight of the local theatrical scene.

The Society has to mount two very special performances in Thomastown and Castlecomer on the first weekend of December.

The first performance will be in the recently restored Concert Hall in Thomastown on Friday, December 2 at 7.30pm and then on to Castlecomer on Sunday afternoon, December 4 for a 3pm performance in the Community Hall.

The Show is entitled “Magical Musical Mayhem” and contains songs from Childhood Musicals, Disney Movies and some Christmas Classics. In there will be your favourites from Frozen, Toy Story, The Lion King, Home Alone together with excerpts from Oliver, Annie and Beauty and the Beast.

The Concert will have up to 30 performers including some soloists who have featured in the many award winning musicals staged in the Watergate Theatre including Michael Hayes who won the “Best Actor Award” nationally for his title performance in Michael Collins. The performance will also include a number of students from Primary Schools in both centres. The Musical Director for the Show is Thomastown teacher and Society stalwart Kevin Reade.

Although primarily aimed at families there will be something in this show for all age groups and tastes. In Thomastown the show commences at 7.30 and will finish at 9pm to ensure everybody is home in good time to see the Late Late Toy Show at 9.30. Tickets costing €10 for adults and €5 for children are available now at O’Keeffe’s in Market Street. The Castlecomer show is at 3pm on Sunday 4th. Reservations can be made for both performances by emailing info@kilkennymusicalsociety.com and then pick up your tickets on the door. Because of the size of the hall in Thomastown tickets here are very limited and early booking is advisable. The Society recently performed in the Concert Hall in Thomastown on the occasion of the “Farewell to Fionn” Concert. There was a huge reaction to the performance with many locals asking for a repeat. Friday 2nd December will be a very special evening in Thomastown with the switching on of the Christmas lights. Why not kick off this magical season of Christmas with these two great events.