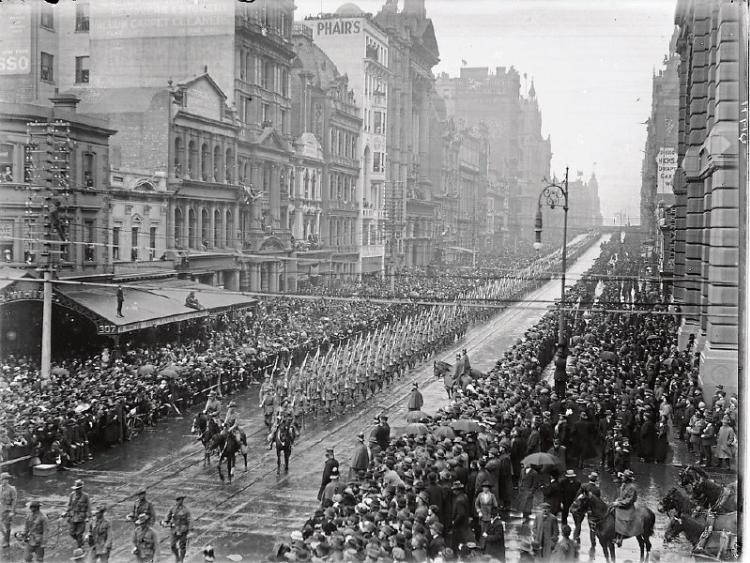 A unique historical documentary that outlined the impact of Ireland’s 1916 rising in Australia will be broadcast on RTÉ today, Tuesday, November 22 and it was directed by Coon man Eoin Hahessy.

‘Michael, they’ve shot them’ tells the powerful story of the impact of Ireland’s 1916 Easter Rising in Australia.

In the midst of WWI, the executions of the leaders of the 1916 Rising would influence the Cork born, Catholic Archbishop of Melbourne, Daniel Mannix, to take a public stance against the question of conscription facing the Australian people. A bitter sectarian divide opened in Australian society, as an Irish-Australian Catholic force, which would shape the political and social trajectory of Australia, was forged.

The documentary was made by a Melbourne based, Irish production company, whose founder is Coon native Eoin Hahessy. “Irish Australian history has been somewhat lost. Yet one third of Australians are of Irish heritage, vastly more proportionally than in the United States’ commented Eoin Hahessy, who also directed the film.

“Irish global and diaspora history is astoundingly rich, we are a small nation that has left a large footprint on this world. The centenary of the 1916 Easter Rising offered an opportunity to tell a powerful and yet untold story of how Ireland’s 1916 rising had a significant impact in Australia, and to rewaken interest in the deep shared history between both nations.”

The documentary was part funded by Australia's leading university, the University of Melbourne and the Irish Government under its 1916 commemoration programme. It will be broadcast nationally on the Australian national broadcaster SBS, later this year.

The documentary is available on RTE Player.

For more information on the documentary michael1916.com