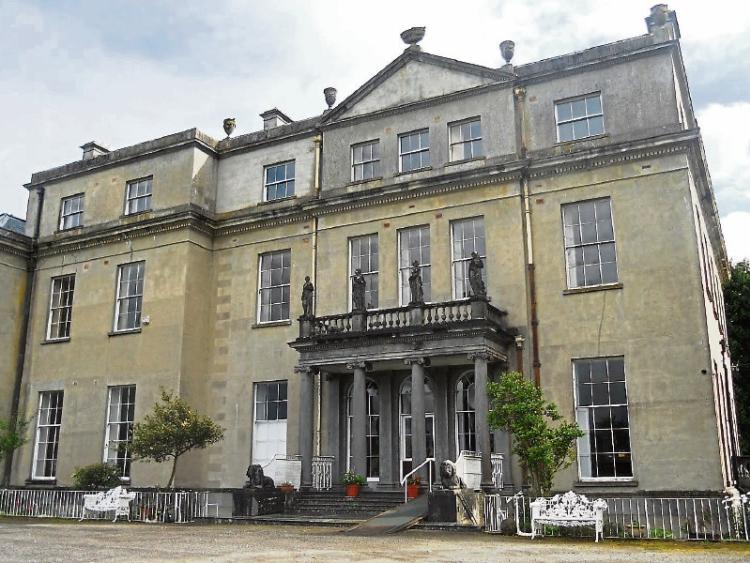 Work on a major, multi-million Euro project has started in North Kilkenny.

A stunning five star hotel is being constructed on the outskirts of Freshford village.

Much of the building work has already been completed and Upper Court Manor will open to the public in the summer of 2017.

When it opens in June next year, 19 bedrooms in the main house will have been completed along with a function room and a stunning roof garden.

Planning permission has been received for a further 49 bedrooms in a block to the rear of the main building.

When completed, 70 full-time jobs will have been created in what will be a major boost to the Freshford area.

There will be 132 car spaces and a number of other developments.

Separately, hotel developer, Sylvia Harrison is still reeling from the theft of thousands of Euro worth of equipment and tools on the site two weeks ago on the night of Friday, November 4 .

She is offering a “major reward” for information leading to the return of the power tools and a one-off, fountain head valued at €7,500.

Local councillor, Mick McCarthy is delighted with the development and has been working closely with the hotel promoters to ensure jobs are kept locally and that it is finished to the highest specification.

“This is a major shot in the arm for Freshford and will help to rejuvenate what is, we think, one of the best places in Kilkenny in which to live,” he said.

“At present there are nine people working on the site and that will increase to 30 once work starts on the new bedroom wing,” he said.

Two weeks ago it was announced that 100 jobs will be created in Urlingford when work is completed on a nursing home in the town.