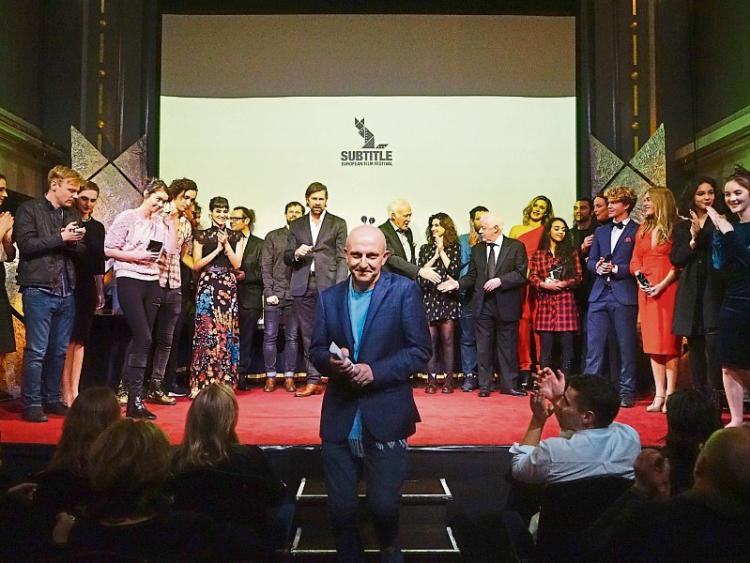 This year’s Subtitle film festival in Kilkenny saw a substantial increase in guests, audiences and interest.

“There is no doubt that we had the best selection of films, actors and directors since the festival began,” he said.

Subtitle 2016 saw the event cross over 2,500 ticket sales and for the first time a number of shows sold out across the weekend.

The event wrapped up on Sunday night with the Angela Awards, hosted by Victoria Smurfit in a packed Set Theatre, where actors Aidan Turner, Robbie Sheehan, Sofia Boutella, Charlie Murphy and Ruth Bradley presented awards, along with director Jim Sheridan.

One of the real highlights this year was a the attendance of world-renowned Romanian director Cristian Mungiu who presented his film Graduation. Brilliant Russian filmmaker Aleksander Kott also presented two films, Test and Insight and received an award on Sunday.

The window display competition was a terrific success also and helped contribute to a fantastic and bright Subtitle presence through the city over the week. The dates for next year were announced as November 20 — 26, 2017.