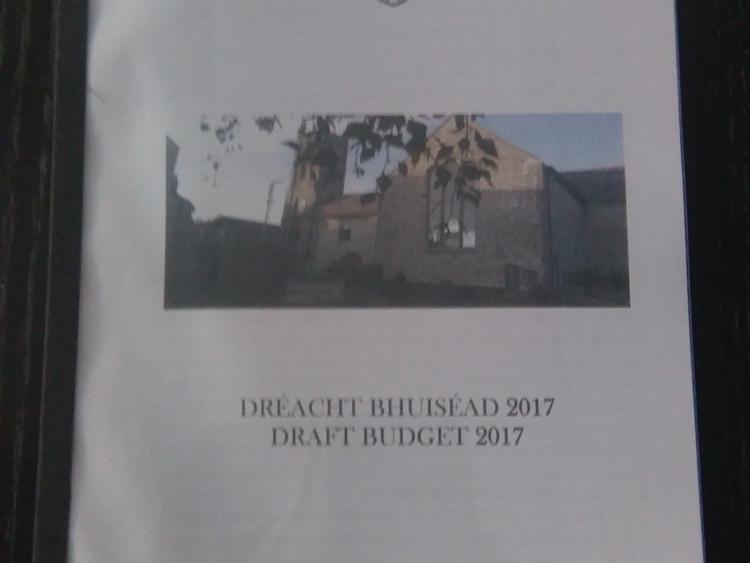 Here are some of the main points from the council's Budget 2017.

Budget 2017 outlines a significant investment in housing, as well ambitious plans to open up tracts of city land for development.

In total, €15.9 million has been allocated to housing and building, up from €14.1 million in 2016. Chief Executive of Kilkenny County Council Colette Byrne said it will prove extremely difficult to attract new employment to Kilkenny without attractive, affordable homes for workers.

The council has applied for funding under the Local and Housing Infrastructure Activation Fund to open up the western environs for development. The maximum grant aid available is 75% of an estimated cost over €10 million. Ms Byrne told the elected members that this will provide for around 3,500 houses and two schools to the west of the city. A decision on the funding application is due early next year.

Notably, the housing maintenance budget has been increased by €440,000 for 2017, up to €2.1 million. This money will be used to refurbish and upgrade houses, particularly those vacant or long-term voids which must be brought back into use.

There's a 50% increase also for housing estate management (up to €150,000) and an increase of almost €100,000 for homeless grants other bodies. The council's RAS and leasing programme sees further investment of almost €1 million.

Funding levels have been maintained for surface dressing and bridge maintenance, with a small increase for general improvement works. Just over €1 million has been again set aside for public lighting operating costs, with €30,000 for lighting improvement.

There is an increase in the amount set aside for the maintenance and management of carparks, while operation of street parking is down from €197,400 to €129,000. Head of Finance Martin Prendiville has said that the upgrade of the Market Yard carpark is expected to be completed in 2017.

The handover to Irish Water continues, and discussions are ongoing. The costs for water services are largely the cost of staffing and whatever costs are incurred by the machinery yard. A total of €6.7 million has been allocated, down from €7.6 million adopted for 2016.

Woodstock Gardens in Inistioge gets an additional €25,000 for essential maintenance– a welcome boost following a lot of representations in recent months.

The level of funding for the Castlecomer Discovery Park has been maintained, while there's a boost of over €200,000 for tourism promotion (up to €675,100). Almost €1.2 milllion has been set aside for general community and enterprise expenses, up from €588,300 in 2016. There is an increase for heritage services from €290,300 to €434,900 – largely relating to the Medieval Mile museum. A sum of €20,000 has been provisionally set aside for the war memorial, while amenity grants are maintained at the same level as 2016.

Landfill operation and aftercare will receive a slightly reduced allocation for 2017, down just over €40,000. There is, however, an increase of a similar amount for the operation of recycling faciilites.

A sum of €30,000 has been adopted for residual waste collection services.

The litter warden service will see a minor reduction, but there is an increase for litter control initiatives. Funding levels for the maintenance of burial grounds has been maintained, while there is a slight increase in the amount for the opeation of the fire brigade service (€3.4 million).

A sum of €41,400 has been earmarked for the licensing and monitoring of air and noise quality, while water quality management receives a boost also with an increase of €64,000 on last year's adopted figure.

The total figure for environmental services is just under €9.1 million, compared to €8.6 million in 2016.

A sum of €5.9 million has been provided for recereation and amenity. This includes an increase of over €110,000 for the operation of leisure facilities. There's a reduction of just over €20,000 for library service operations, while funding of €93,000 has been maintained for the purchase of books, CDs, etc.

There is a marginal increase for the administration of the arts programme for which the total for 2017 is €218,200. Funding for virtually all other sub services has been maintained in line with 2016.

Agriculture, education, health and welfare sees a minor increase to €797,300, the most noteworthy point being an increase for the veterinary service. It receives €251,000 – up from €170,000 in 2016. This provides for an additional vet, who will be recruited on a fixed contract.