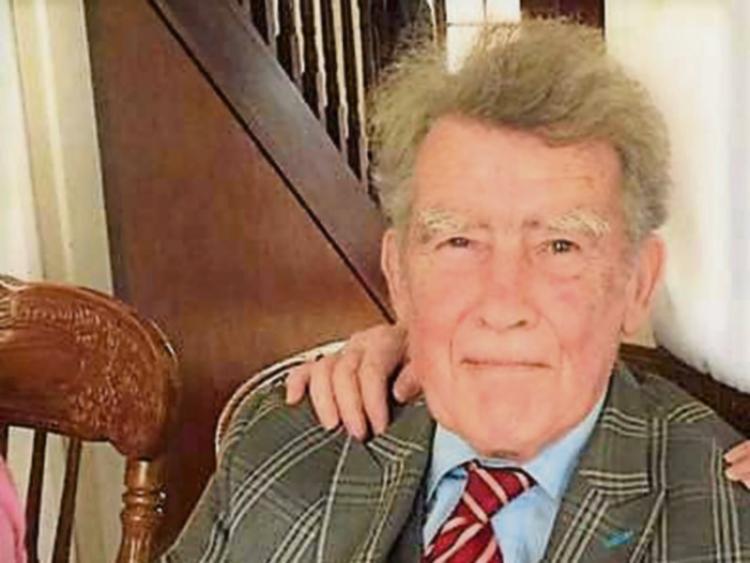 My favourite memory of the late barber, Seamus Bolger is of him singing, "A Mother's Love" at the Monday night music session in Cleere's pub on Parliament Street, Kilkenny.

He would normally follow it up with a rendition of The Boys Of The County Armagh.

And while he wasn't the best singer in the house, he always received the most rapturous applause after his performance.

He would walk in discreetly, normally with the black overcoat on him, hands behind the back and his head slightly lowered.

He would go to the back of the pub, order his glass of Smithwicks from Paul McCabe behind the bar and listen to all the other contributors while waiting his turn to be called.

He declined many interview requests over the years and while he would talk til the cows came home about hurling and Gaelic football, he remained, a quiet, inoffensive, man of great faith who always liked to see the best in people.

He never raised his voice or had a harsh word to say about anyone and was above all, a Christian.

And although it is long closed, everyone over 30 years of age has have fond memories of the lovable barber.

He was a familiar figure in the city and a great walker, cyclist and for many years he went everywhere on his trusty Honda 50 motorbike.

He was one of the old stock and did not have an enemy in the word.

He visited homes and hospitals and charged very little if nothing for hair cuts.

Born in Kilmog, Danesfort he started working as barber in Finn's Barber shop on John Street and had stints in McGraths and Coynes as well (all now sadly closed) before opening up his own place on Walkin Street.

The walls of his shop were filled with photos of All Ireland winning Kilkenny hurling teams and there was a place too for Gaelic football winning teams and in particular, one of the great four in a row Kerry team from the early 1940s.

The word character is bandied about too easily, but in Seamie Bolger, we had a man who epitomised all that was good with the world and he has left cherished memories.

He died on Tuesday at Waterford Regional Hospital. And is survived by his nephew Joe, niece Margaret extended family and many friends.

His remains will repose at Hehir's Funeral Home from 4.30pm today with Funeral Prayers at 5.15pm, followed by removal to St. Michael's Church, Danesfort. Funeral Mass, tomorrow, Friday, after 11am Requiem Mass, to the adjoining cemetery.