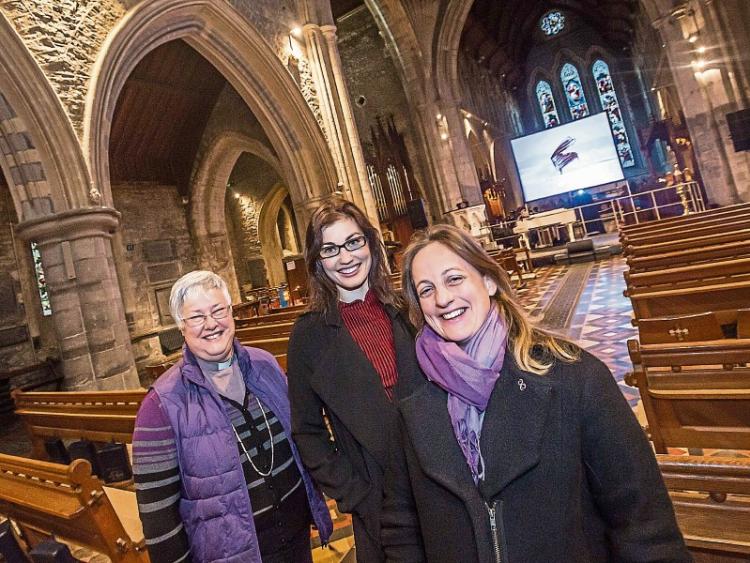 Having recently hosted a phenomenal sold out show with Picture This, the stunning surroundings of St Canice’s Cathedral in Kilkenny will open its doors this December to Little Green Cars, Brian Deady and Lisa Hannigan.

The concerts are programmed by Dublin based promoter and event organiser Andrea Keogh of KPB (Keogh Publicity & Bookings).

Andrea is from Kilkenny and was also responsible for organising the highly successful St John’s Priory concerts in July as well as promoting Villagers, FM Belfast and David Kitt at the AKA festival in August.

This is in addition to organising Kilkenny Castle’s outdoor cinema shows with Happenings and more recently, the Picture This’ gig in St Canice's Cathedral.

The Picture This show was a definitely highlight of 2016 for the Kilkenny promoter.

“Nights like the Picture This concert rarely happen. The gig was originally booked for St John’s Priory, then things exploded for the band. We moved it to the cathedral and sold out nearly three months in advance,” Andrea said.

“ The show was absolutely amazing, the crowd were fantastic and the band loved it, as did the team working. I’ve a great crew working with me throughout the year and we are all really looking forward to returning to the cathedral for the December run of shows, it’s such a beautiful venue.” stated Keogh.

Following the release of their sophomore album ‘Ephemera’, Little Green Cars close 2016 with a Christmas acoustic tour and headline show on Sunday 11 December. Two deaths, relationship break-ups and their over two years’ worth of touring are among the key events that inform Ephemera’s richly-textured, harmony-soaked rock songs. Support on the night is from the very talented Brian Mooney.

Warming up for a very busy end of year with The Coronas and Walking On Cars in Dublin and Killarney, Brian Deady and band play the venue on Saturday, December 17 with support from Colin Deady. The Cork native’s second album ‘Non Fiction’ has received wide album since its release. Support on the night is from his brother Colin Deady.

In support of her beautiful new album ‘At Swim’, Lisa Hannigan closes St Canice’s Catherdal’s Christmas concerts with a full band show on Thursday, December 22. Hannigan’s third and most bewitching-album, has received universal acclaim since its release.

Tickets for all shows are available from Rollercoaster Records, and online at www.tickets.ie.

"St Canice’s Cathedral is delighted to be working with KPB in hosting top class artists over the month of December.

“The Cathedral is a wonderful building for any musician to highlight their talent as the natural acoustics of the Cathedral make it a magical experience.

“Hearing the sound of such music oozing around the early gothic arches makes the Cathedral a very special place for artists to perform," Elizabeth Keyes, Cathedral Administrator said.