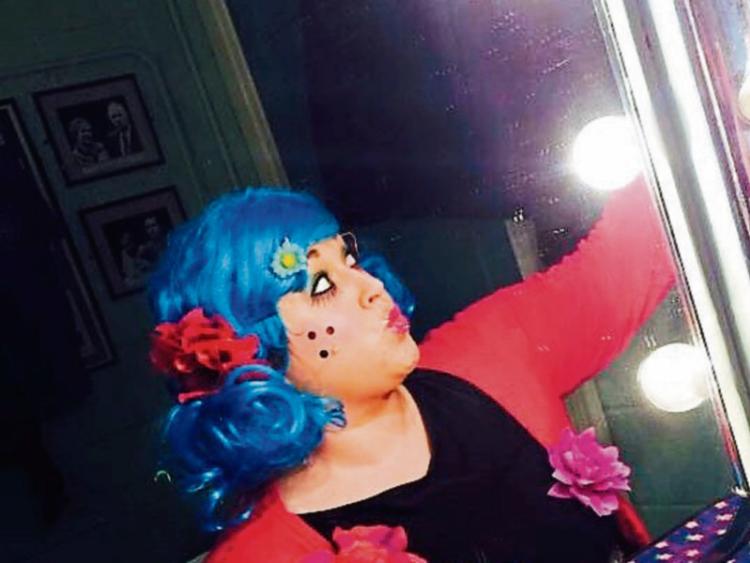 The last time I saw Sarah Brennan on stage she actually unhinged me.

As Mrs Lovett, she was brilliant as murderous barber Todd's accomplice.

That's hard to reconcile with her off-screen persona of a kind and bubbly person.

She enters another genre in January when she plays one of the plain (ugly sisters) in Cinderella at the Watergate.

She loves the stage and whether it's straight acting, musicals or farce she is equally at home.

She is also blessed with a fabulous voice and when she sings, it is really wonderful.

Even though still in her twenties, she has a stellar CV and has appeared in many show ranging from straight drama to musicals to pantos.

She cut her teeth in the Comer panto and is a daughter of Mr Castlecomer, Ger “Chubby” Brennan and was on stage as a five year old.

She got married very recently to Martin Phelan and the couple spent their honeymoon in New York, meaning that Sarah, understandably, missed the first few weeks of rehearsals

And surprise, surprise she her new husband during a panto run in Castlecomer.

She said he is not really into being on stage and was dragged in by John Coogan and company.

My mam's mother, Sarah Shortall was a great singer and while my father's family always sing when they get together,” Sarah said.

It is her voice that defines her and she has an extraordinary latent and it will be great to see how she reacts to the script which was written by another panto favourite, Joe Murray.

The panto will open on January 7 and rehearsals are going well.

She competed a gruelling but very satisfying full tie theatre course with The Bull Alley Theatre training company based in the Liberties and she loved her time there.

The whole course was practical so when she and the other aspiring actors went in they were assessed all the way through the various plays and tutorials and it was absolutely fabulous,“ Sarah said.

There has always been a great tradition of theatre and panto in Castlecomer and maybe its a community thing and the everyone is anxious to keep the panto and theatre alive in Castlecomer because of the rich tradition,” she said.

She said that the baton in comer has now been taken over by John Coogan and that his father before him, Willie would also have been heavily involved.

Sarah, a consummate professional, claimed she wasn't very happy at all when she got the call that she was asked to play the 2Ugly sister” in the panto but after a while I camera round,” she said with a grin.

”The script is finished and is very funny,” she said of Joe Murray's script.

“It's very traditional and there are lot and lots of laughs and the children will love it.

“I think it will be really good for the kids and they are going to be well entertained,” she said.

What's next for Sarah Brennan: “Next up will be a stint with the musical society and that will bring us to the New year and the panto ,” she said.

She loves the stage

“I don't know why but i get a great buzz even being in here today in the Watergate, it's hard to explain, it's just such a happy place,” she said.

The buzz that she gets from going out on stage is addictive.

“Personally, I've never got it from anything else I have ever done,” she said.

“I love it and while there are nights on stage when you ask yourself, why do I put myself through this, I love the pressure, the buzz, the laughs, the giving out, everything.

And afterwards - Joy and it's hard to come down from it and if she had to pick a favourite show, she goes back to Sweeney Todd.