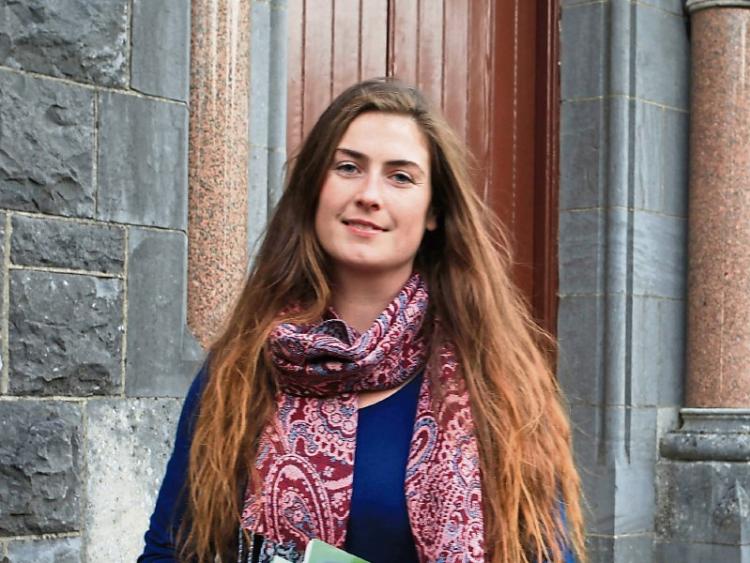 Two of the five finalists in this year’s ‘Making an Impact’ competition organised by the Higher Education Authority in conjunction with the Irish Independent were from Waterford Institute of Technology (WIT).

One of the finalists was Inistioge woman, Dayna Killian, a PhD student at the Department of Creative and Performing Arts in the School of Humanities at WIT.

She is a recipient of the WIT PhD scholarship fund for her PhD entitled ‘Performing Women’.

There were over 200 entries from higher education institutions across Ireland and the finalists were charged with effectively communicating their research to a lay audience.

Vice President for Research, Innovation and Graduate Studies at WIT Dr Peter McLoughlin commented: “WIT is extremely proud of Dayna in reaching the final of this year’s ‘Making an Impact’ competition.

This achievement highlights the breadth and quality of research being carried out at WIT.

The competition along with the #LoveIrishResearch initiative reinforces the importance of research and making this research accessible to a wider audience.”

At the final held recently at The Helix, Dublin City University each researcher had a maximum of ten minutes to make their presentation, followed by a brief question and answer session with an expert panel.

The ‘Performing Women’ doctoral programme, which Dayna started in September 2015 aims to both recoup the work of women playwrights whose plays were both produced, and rejected, by the Abbey Theatre throughout the twentieth century and to inform and change the ways in which theatre researchers, practitioners and policy-makers engage with and foster new theatre practice by women, programme plays by women and document, archive and undertake theatre research into women practitioners.

She completed her MSc at WIT in Global Financial Information Systems. “Prior to my MSc my educational achievements included a first class honours degree in Drama and Theatre studies at Liverpool Hope University.

“What attracted me to the MSc in Global Financial Information Systems at the school of Business in WIT was my interest in how the arts can influence society and communicate and question the existing status quo.

“In order to explore this in greater depth I felt it was desirable to form a greater understand of existing economic systems and in my thesis I considered, partly through an analysis of the Kilkenny festival ‘Kilkenomics’, the ways in which the arts can be utilised to bridge the gap between the often confusing language used to describe public policies and the people who are effected by them,” she said.

“The supervisory support I have received from Dr Una Kealy, Dr Richard Hayes and Dr Jacinta Byrne-Doran has been unwavering. Dr Una Kealy is the principal investigator on the Performing Women project and has imparted knowledge and encouragement while guiding me through this research process and making me aware of certain events and opportunities which I should be attending and applying for.”

She is currently analysing the plays and production material she found at the Abbey archives in NUI Galway and at the National Library and is focusing on the 1930s.

“Some of the plays include works by Maura Molloy, Teresa Deevy and Mary Rynne. I am interested in the relationship between these playwrights and the Abbey Theatre and am currently comparing and contrasting their work. I'm also particularly interested in the influence Ernest Blythe had on selecting the plays which were produced.

“Additionally, I have recently completed a discussion document about the creation and development of gender policy in the Irish cultural sector and am exploring how this could be extended to the media and broadcasting sector,” she said.

Dayna hopes to go on to find work promoting diversity within the Irish cultural sector.